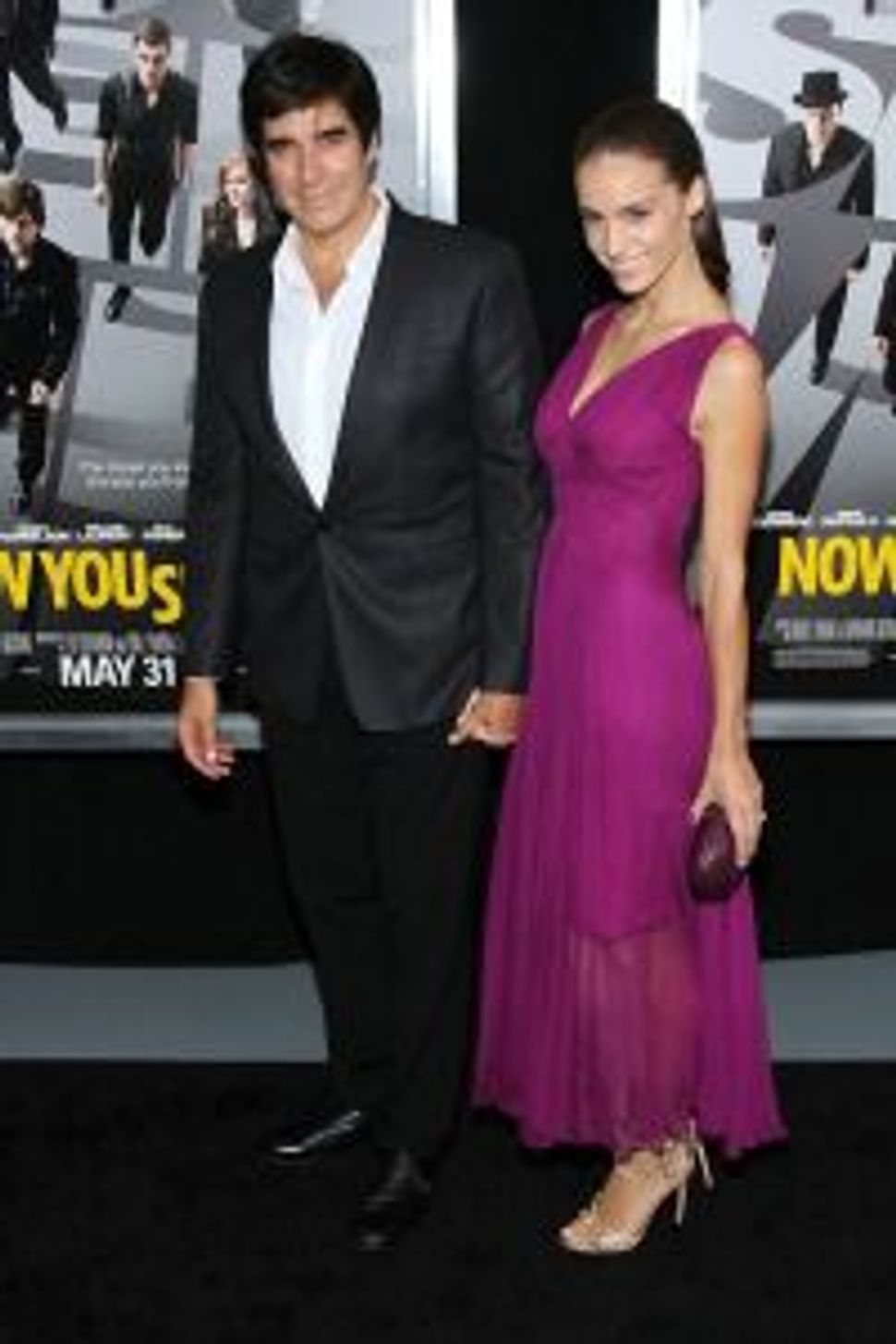 (JTA) — Mazel tov to David Copperfield and Chloe Gosselin on their engagement!

The 57-year-old Jewish illusionist formerly known as David Kotkin and his new fiance, French model Gosselin, 28, have a 3-year-old daughter together named Sky.

This is Copperfield’s second time popping the question to a model. Back in the 90s he was famously engaged to Claudia Schiffer for six years before the relationship fizzled.

“Oh, that was a long time ago,” he told Hello! Magazine. “Now I’m engaged and in a committed relationship with Chloe in my mind and my heart.”

No news on wedding plans yet, but we’re betting on Copperfield Bay, the magic man’s very own 11-island archipelago in the Caribbean where Penelope Cruz and Javier Bardem got hitched.