Get Ready for Lena Dunham on the Cover of Vogue 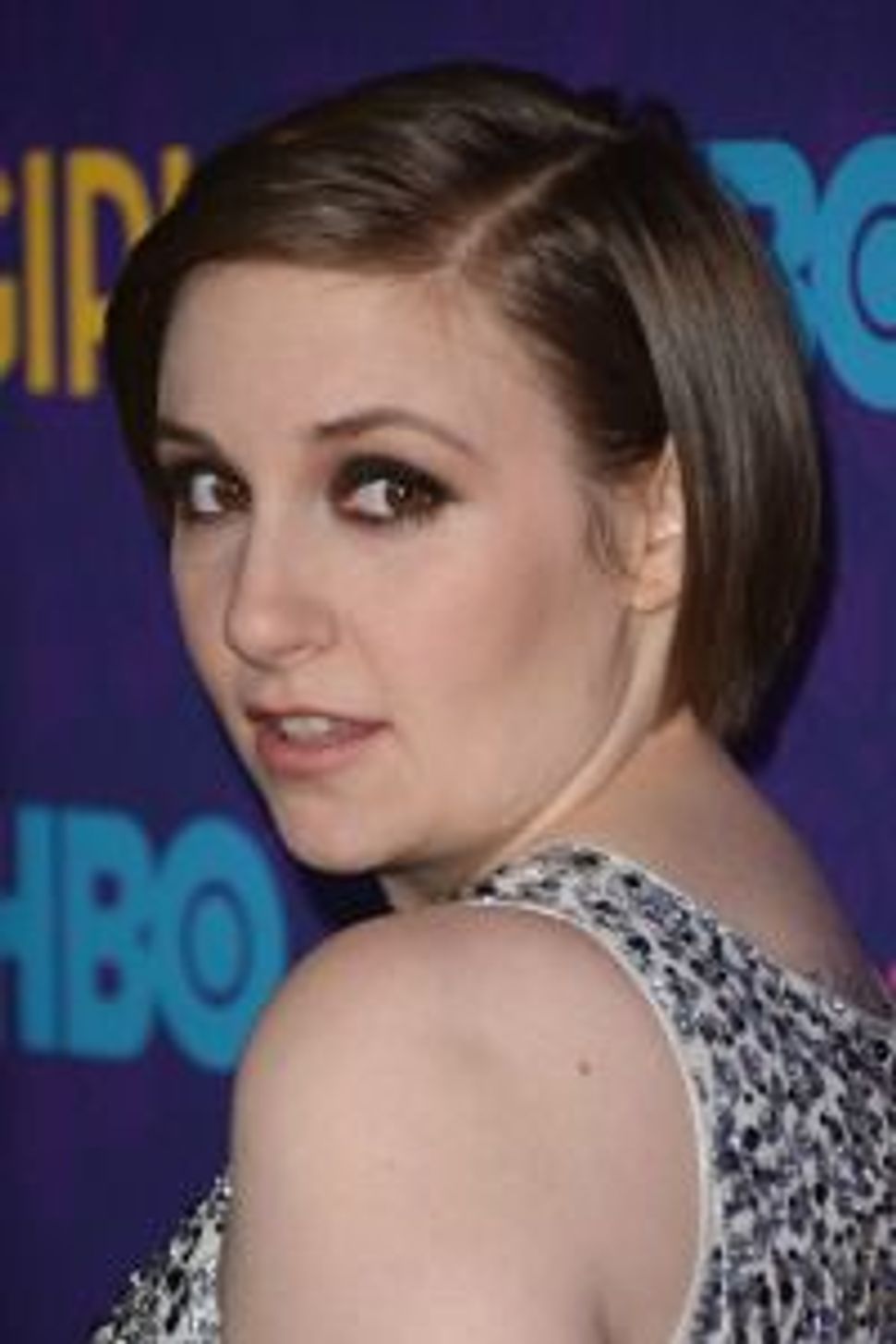 (JTA) — Not only is “Girls” coming soon to a small screen near you (that’s Sunday January 12th on HBO, in case you haven’t yet set a phone alert)—it’s also hitting the newsstands (that’s where you can find magazines printed on glossy paper, in case you were born anytime after 1990.)

According to Page Six, Vogue is devoting the February issue to the much buzzed-about show. Lena Dunham will grace the cover, and in the process likely generate a dizzying amount of online commentary about how nutso/awesome it is to see a non size zero woman splayed out in fancy clothing—something that doesn’t happen often under Vogue editor Anna Wintour’s watch.

Clearly, Wintour truly approves of Dunham. She even posed alongside the “Girls” creator and star at the show’s premiere Monday night, where Dunham looked simultaneously glamorous and totally real in a glittering Rochas gown.

Get Ready for Lena Dunham on the Cover of Vogue