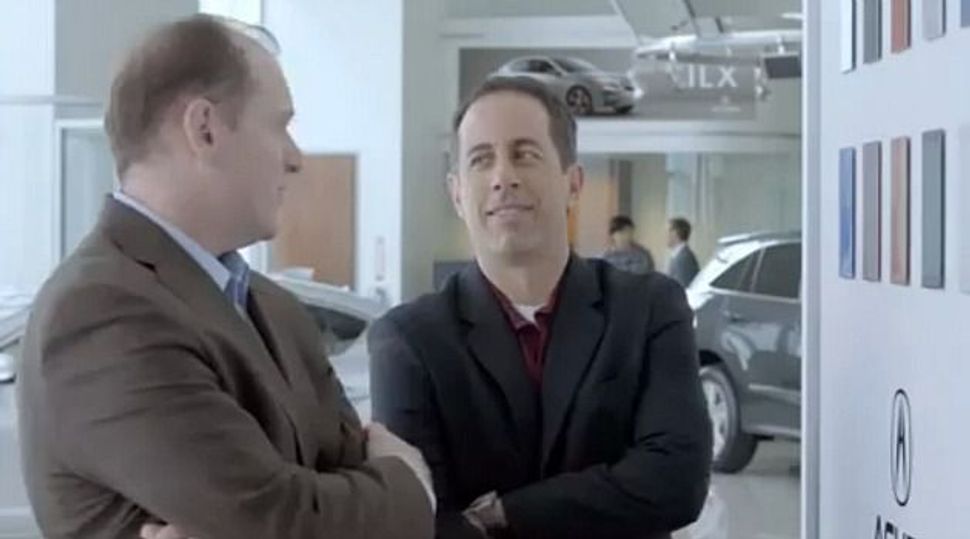 Everyone is talking about Scarlett Johansson’s upcoming Super Bowl ad for SodaStream. FOX has already nixed the original version, though not because of any political concerns — apparently it’s a big no-no to make fun of Coke and Pepsi.

But what about the other Jews who have carved their spot in the Super Bowl ad Hall of Fame?

Get ready for a little trip down memory lane, paved with Ferris Bueller parodies, a Jerry Seinfeld/Jay Leno rivalry, and even an Elton John/Paula Abdul duet.

And really, after being bombarded with news of his misadventures, who doesn’t want to feign ignorance and ask: “What’s a Bieber?”