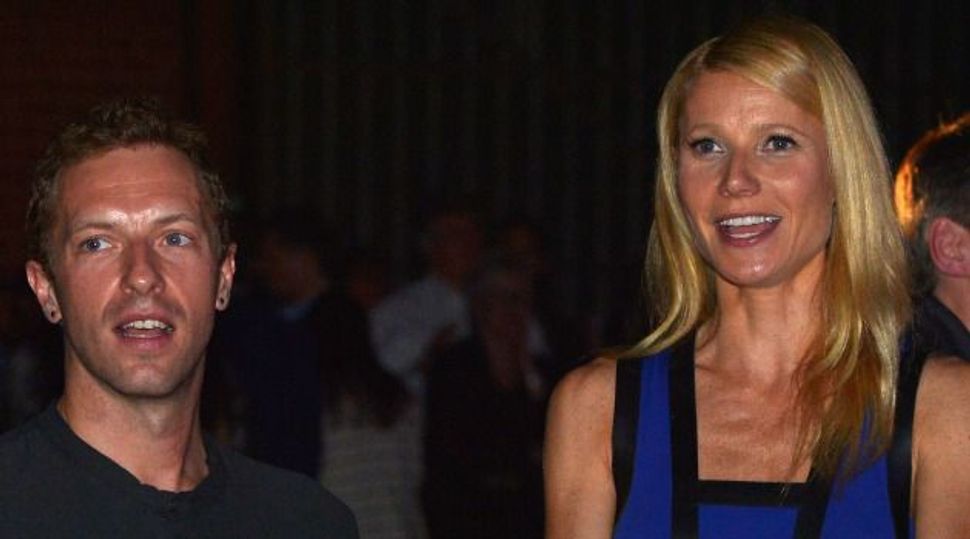 Coldplay fans and expensive cleanse aficionados, brace yourselves: Chris Martin and Gwyneth Paltrow are splitting up.

It is with hearts full of sadness that we have decided to separate. We have been working hard for well over a year, some of it together, some of it separated, to see what might have been possible between us, and we have come to the conclusion that while we love each other very much we will remain separate. We are, however, and always will be a family, and in many ways we are closer than we have ever been. We are parents first and foremost, to two incredibly wonderful children and we ask for their and our space and privacy to be respected at this difficult time. We have always conducted our relationship privately, and we hope that as we consciously uncouple and coparent, we will be able to continue in the same manner.

Paltrow and Martin were married 10 years ago in a private ceremony in Santa Barbara, California. They have two kids, Apple, 9, and Moses, 7. Paltrow, whose father, Bruce Paltrow, descends from a long line of Eastern European rabbis, has previously said she wants to raise her children Jewish.

Side note: According to Jezebel, the news prompted overzealous fans to swarm the GOOP website, causing it to crash. Oy.