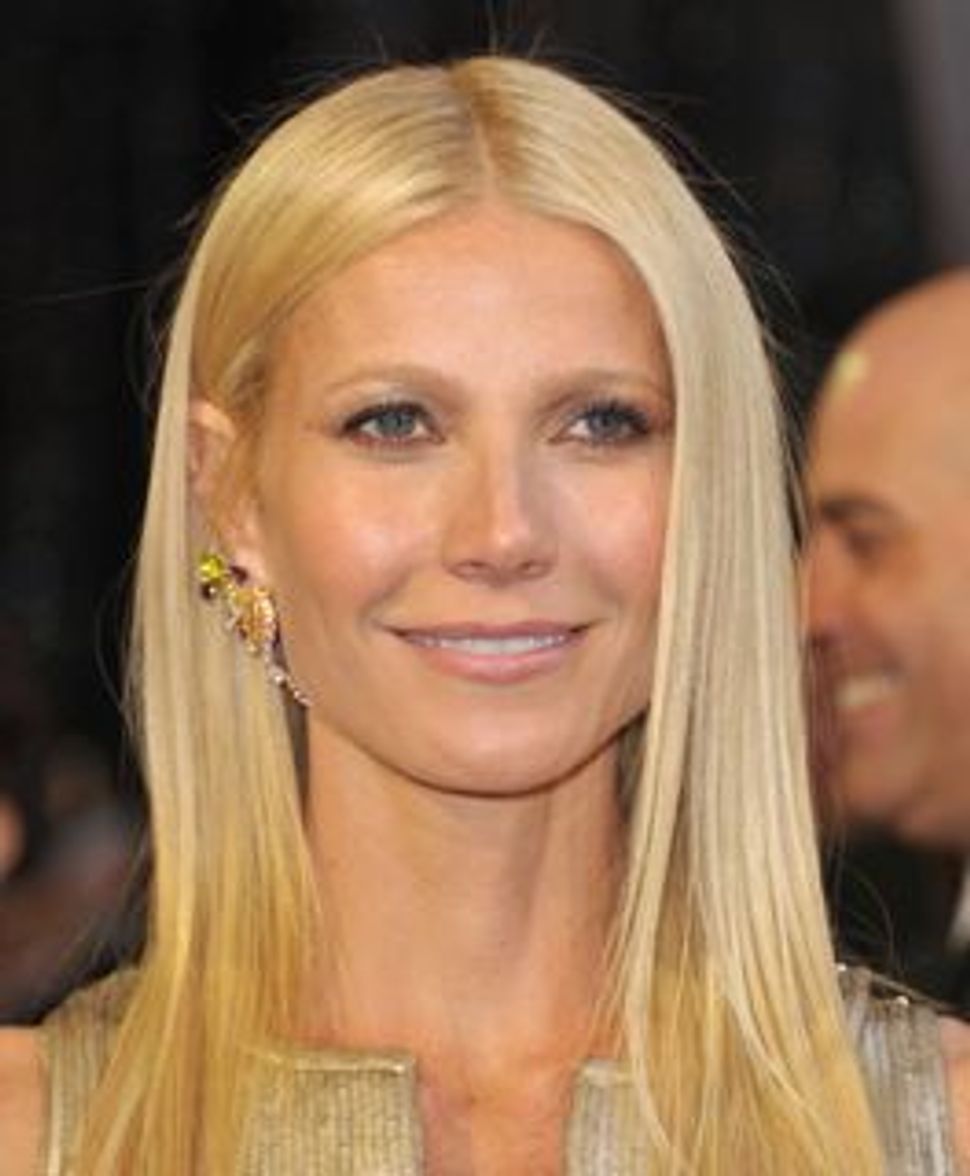 The actress (and sometimes singer), who will appear on this Friday night’s episode of NBC genealogy series “Who Do You Think You Are,” discovered that her great great great grandfather was Kabbalah master Tsvi Paltrowitch.

Documents describe Paltrowitch, the Gaon of Nitzy in Russia, as “a miracle worker” who once saved his community from a fire through his faith.

The Paltrowitch family is said to have produced 33 rabbis over generations.

Paltrow is technically half-Jewish – her late father Bruce Paltrow, was Jewish. Her mother, Blythe Danner, is not.