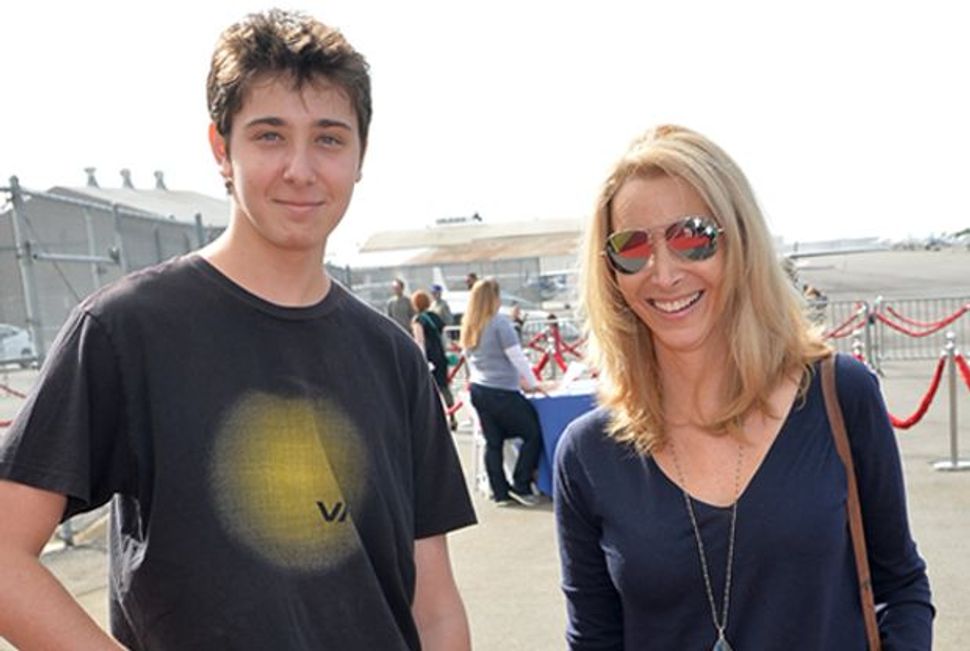 The former “Friends” actress, who stars in the new Seth Rogen/Zac Efron comedy “Neighbours,” got into an awkward spot with Conan O’Brien, after he found out that she “mispaced” his invitation to her son’s bar mitzvah.

“You and I have been friends for a long time and then I happen to find out that your son was bar mitzvahed and I wasn’t invited,” the host complained during an appearance by Kudrow on Conan.

But have no fear Conan — you weren’t the only one. No one was invited. Not even his mother. It was, as she called it, a “drive-by bar mitzvah,” courtesy of Chabad.

What is a drive-by bar mitzvah, you may ask? Well, it starts with a 15-year-old boy hanging out at the mall. Kudrow explained that her son was approached by men from Chabad, who asked if he was Jewish (you know the ones). When he explained that he was half Jewish (on his mother’s side), they asked if he had been bar mitzvahed. He said no. They offered to do it right then and there. He agreed. Presto, drive-by bar mitzvah!

According to the interview, the men put tefilin and a yarmulke on Kudrow’s son, had him recite a prayer and sent him home with a picture for his mother (and proof, I expect).