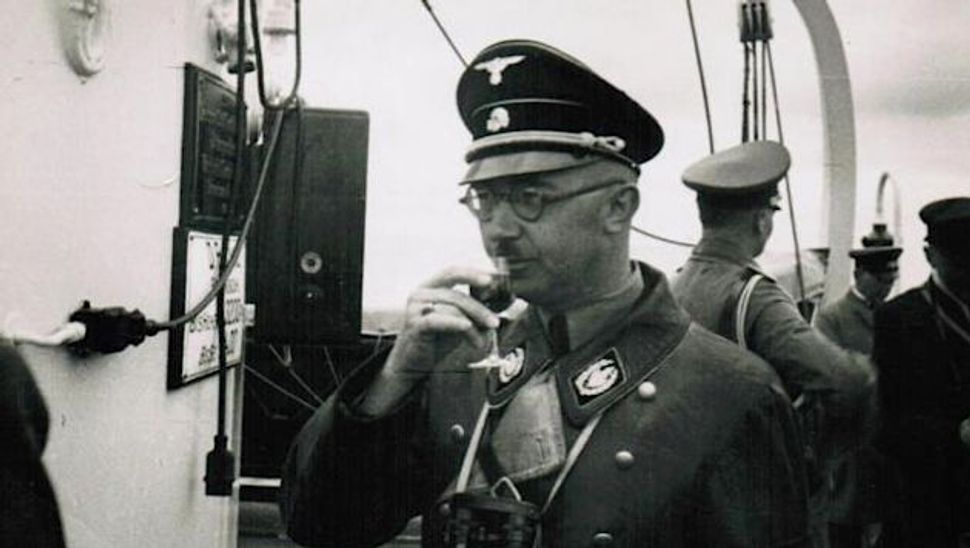 A sense of irony is helpful, perhaps even necessary, to truly appreciate “The Decent One,” the new documentary about Heinrich Himmler. The paradox begins with the title character.

He was the architect of the Final Solution, commander of the SS, and a man who in civilian clothes looked like a Jewish accountant.

What Vanessa Lapa, the Belgian-born, Israeli filmmaker, has attempted to do is juxtapose the man who considers himself the height of German morality, a man who loved his wife and his mistress equally (see what I mean about irony?) with the human being responsible for millions upon millions of deaths.

The idea originated with the recent discovery of a treasure trove of Himmler papers including diaries, documents and photos. These were originally uncovered at the end of the war in Himmler’s residence by American soldiers who, hoping to cash in on the cache, kept what they found instead of turning it in.

A portion of the find wound up at Stanford University and the remainder disappeared, hidden in the home of an Israeli. How he came to own it is unclear, but he sold the material to Lapa’s father. Fascinated, she used it as the basis for her film.

Lapa uses an interesting technique, with various voice actors reading from the texts. Although this is occasionally confusing — sometimes we don’t know who is speaking — the idea largely works.

Himmler hardly appears as the Aryan ideal. A short man with glasses, he was sickly as a child and admitted, “No one likes me.” That’s probably because “I talk to much,” he wrote in a diary, where he also made numerous anti-Semitic entries long before he joined the National Socialist party. Given this background, it’s not hard to understand why the Nazis might have appealed to him, in the way a teenager from a broken family might be attracted to a gang.

He married a woman seven years his senior and had a daughter, but, as a rising star in the SS, was away a great deal. As a result, there was much family correspondence, some of it laughable. For example, he wrote to his daughter, “In life, one must always be decent, courageous and kind-hearted,” a statement that contrasts with visuals of prisoners filmed digging mass graves before being murdered.

Himmler’s responsibilities and power grow as he supervised construction of first concentration then death camps, and ultimately the Final Solution.

Lapa took on a difficult assignment filled with potential potholes. The greatest is that Himmler had a sense of history and it seems likely that many of his entries were written for posterity — you can’t always be sure whether he is writing the truth or the truth as he wanted it to be perceived generations into the future.

At one point he outlined plans to murder most of Europe’s Jews, saving just two to three million to use as slaves. Then, sometime later he wrote, “I am not a blood thirsty man.” So in the end it is not clear who this man really was.

Another problem is that the film is in German, with English subtitles, and at times you are so busy reading you miss portions of the film itself. More the shame, because much of the footage seems to be relatively fresh. Still, the result is quite powerful.