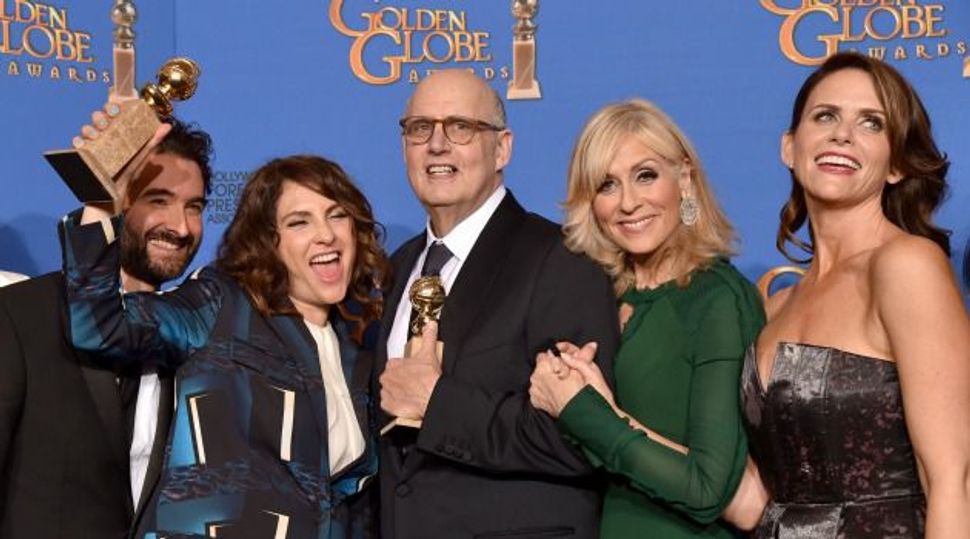 George Clooney had one.

Signs and buttons with the simple but powerful words “Je Suis Charlie” — French for “I am Charlie” – were everywhere Sunday at the Golden Globes ceremony.

The usually raucous night took on a decidedly somber tone as A-listers showed their support for France after last week’s deadly terror attack at the office of French humor magazine “Charlie Hebdo” and hostage standoff at a Jewish supermarket.

French Jews were particularly rattled — so much so that the famed Grand Synagogue in the Marais canceled Friday night Sabbath services for the first time in 70 years.

Stars jumped to their feet inside the Beverly Hilton after the head of the Hollywood Foreign Press Association paired the Charlie attacks with the recent hacking at Sony that prompted the studio to yank Seth Rogen’s The Interview,” a farce about the fictional assassination of North Korea’s dictator. 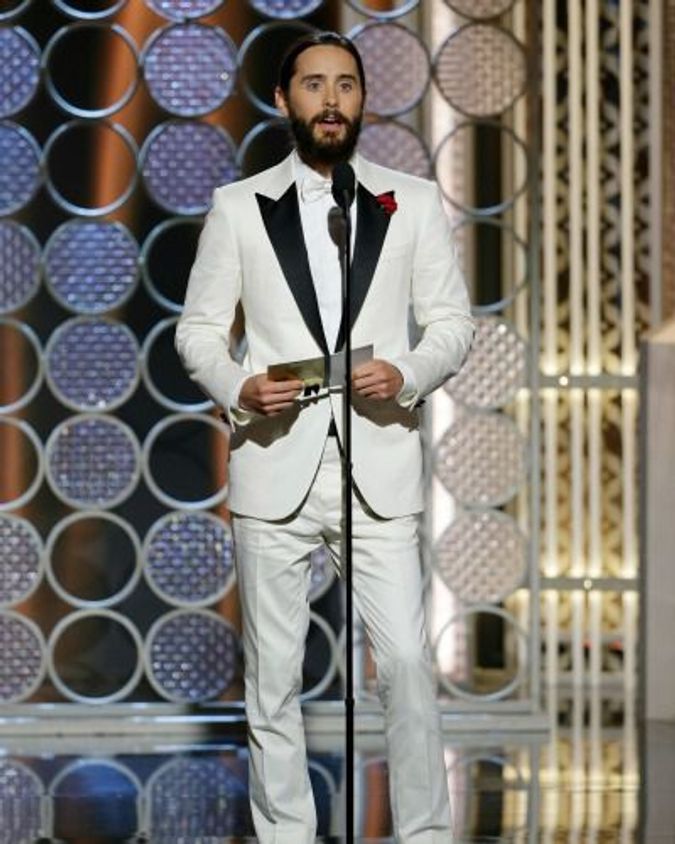 “As international journalists we also understand the importance of freedom of expression. As not only an integral part of the American fabric, but a beacon that is reflected across the globe. Together, we will stand united against anyone who would repress free speech, anywhere from North Korea to Paris,” Theo Kingma said to thunderous applause.

“To our brothers, sisters, friends and families in France, our thoughts, our prayers, our hearts are with you tonight,” he said. “On vous aime. Je suis Charlie.”

Clooney turned the end of his speech accepting the Cecil B. DeMille Award lifetime achievement award into a tribute to the millions who marched in Paris Sunday.

“Today was an extraordinary day. There were millions of people that marched not just in Paris but around the world. And they were Christians and Jews and Muslims. They were leaders of countries all over the world and they didn’t march in protest. They marched in support of the idea that we will not walk in fear. We won’t do it,” he declared.

The more-serious tone at this year’s Globes carried over into the actual awards presentations, including two moving acceptance speeches by Jewish actors Maggie Gyllenhaal and Jeffrey Tambor.

Gyllenhaal struck a blow for feminists with her interpretation on the more varied roles actresses are getting now in Hollywood – a development the queen of quirk declared is “turning me on.”

“I’ve noticed a lot of people talking about the wealth of roles for powerful women in television lately,” she said as she accepted for best actress for her role as a complicated Israelio businesswoman in “The Honorable Woman. 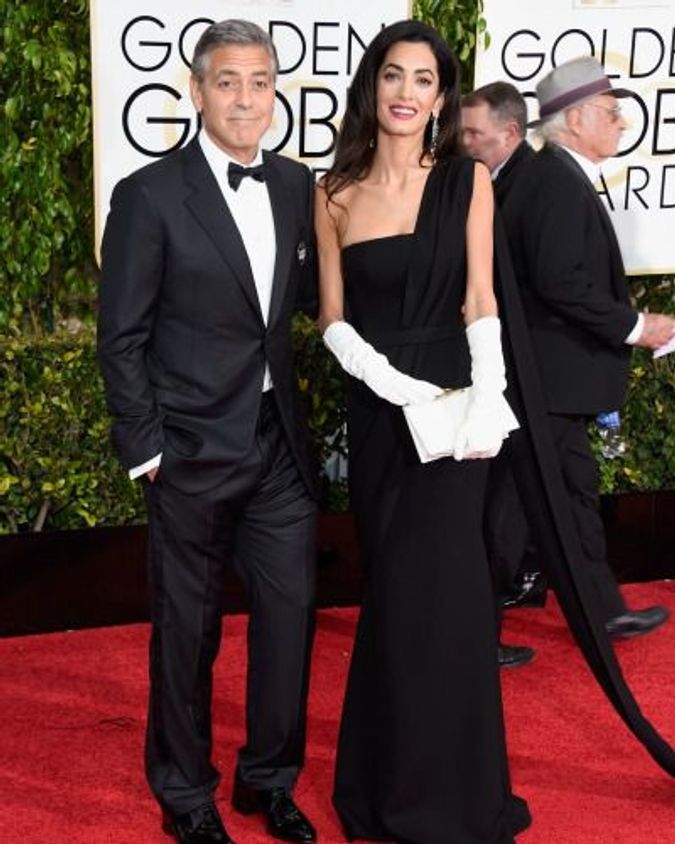 Tambor’s emotional speech also struck a decidedly political tone as he accepted best actor for the dark comedy “Transparent,” in which his character transitions from a man to a woman.

“Oh this is big. This is much bigger than me,” said the actor, his eyes welling,

“Thank you to the Hollywood Foreign Press for putting us on the map and making people aware of our story,” he said. He also thanked the series creator, Jill Soloway.

“You have changed my life — for the better by the way,” he declared.

It’s been a banner year for increased awareness of the struggles faced by the trans community.

The recent suicide of a tortured Ohio teen only punctuated the growing national discussion.

“Transparent” also got a Globe for best TV series/musical or comedy and Solloway poignantly dedicated the win to the 17-year-old, Leelah Alcorn, “and too many trans people who die too young.”

Alcorn wrote in a suicide note of being bullied and her despair at parents refusal to support her.

“Maybe we’re going to be able to teach the world something about authenticity and truth and love, to love,” said Soloway.