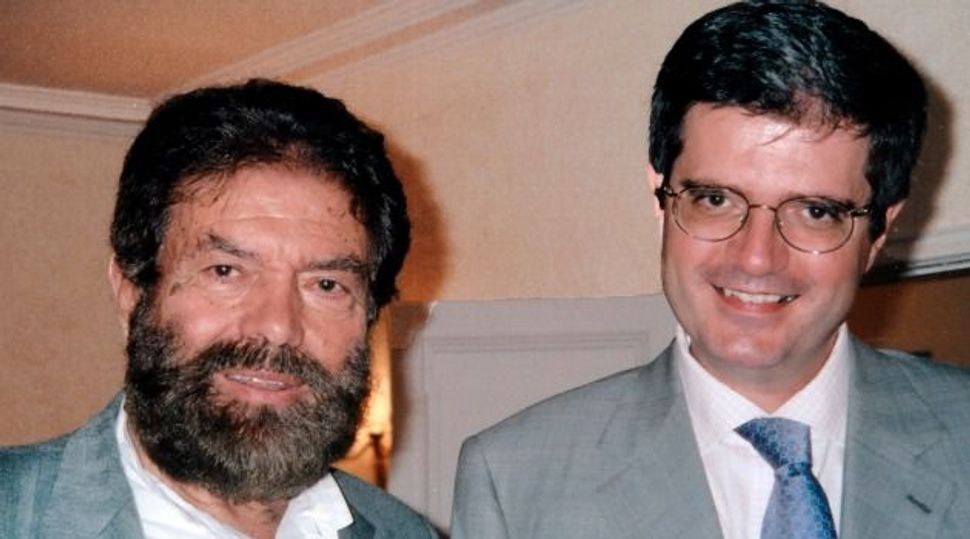 The events in France have prompted a reminder of how France and things French have punctuated my life.

As a child in pre-World War II Warsaw I remember my parents’ friends describe visits to Paris as a place where you can “otemen frei” — breathe freely.

In Vilno on June 15, 1940 we went to see the American film “Marie Antoinette” about the French Revolution. As my parents and I emerged from the theater, Soviet tanks were rolling down the street and Lithuania had lost its independence. In Kobe, Japan in 1941, I attended Ecole Ste Marie, a convent school, where French nuns taught us Jewish refugee children English and French — and even tried to replicate a Seder.

The lingua franca of my husband’s father’s family — from pre-British Mandatory Palestine to Alexandria to France, Switzerland, Israel, and Algeria was French. His uncle had served in WWII in the French army and spent part of the war in a German POW camp. Their son — like the little boy in filmmaker Claude Berri’s “The Two of Us” —  was hidden by a French farmer who was not too fond of Jews but took pity on the child.

Our 1967 visit to Paris — a few weeks after the Six Day War — offered a little window on what it was like to live as a Jew in France at the time. In a restaurant, the Maitre D’ greeted us with hauteur as “Americains” then quickly warmed up when he saw the “chai” I was wearing and whispered “Vous etes Juifs?” (Are you Jews?) adding sotto voce “Moi aussi” (me too).

During my August 1987 interview of Beri (ne Claude Berel Langmann) who had been hidden during the Nazi occupation with an anti-Semitic French farmer (portrayed by French superstar Michel Simon) told me “I made that movie not only against anti-Semitism…but prejudice.” Did he know Marek Halter, I asked referring to the activist who as a child escaped the Warsaw Ghetto and immigrated to France in 1950 where he founded the International Committee for a Negotiated Peace Agreement in the Near East.

“He is more involved in the Jewish thing,” Berri told me. “I am a man of the West not first a Jew.” Does he see himself as a Jew or Frenchman? “ Berri replied, “Probablement as a Jew….but I can be more close with an Arab than a Jew, depends on the man. It was never for me ‘Jew first.”

On June 9, 2004, then newly appointed French Consul General in New York Francois Delattre (now France’s Ambassador to the United States who on January 11 was among the more than 1000+ crowd at the Memorial service for the 17 victims of Terror in France held at Lincoln Square Synagogue) had hosted a reception for Marek Halter who was here to publicize his latest novel, “Sarah” — the first of a trilogy about Biblical women.

Later that day, at a reception for Halter at Mortimer Zuckerman’s home, I asked Marek in Yiddish “What about anti-Semitism in France?” He winced. “As long as France is a democracy….” he trailed off. He was downhearted that the marches he had once organized against “anti-semitisme et racisme” that used to empower tens of thousands to march, through the streets of Paris “can hardly muster a couple of thousand.” Wherever Marek may be now, he must be aware of outpouring not of just thousands — but of millions.