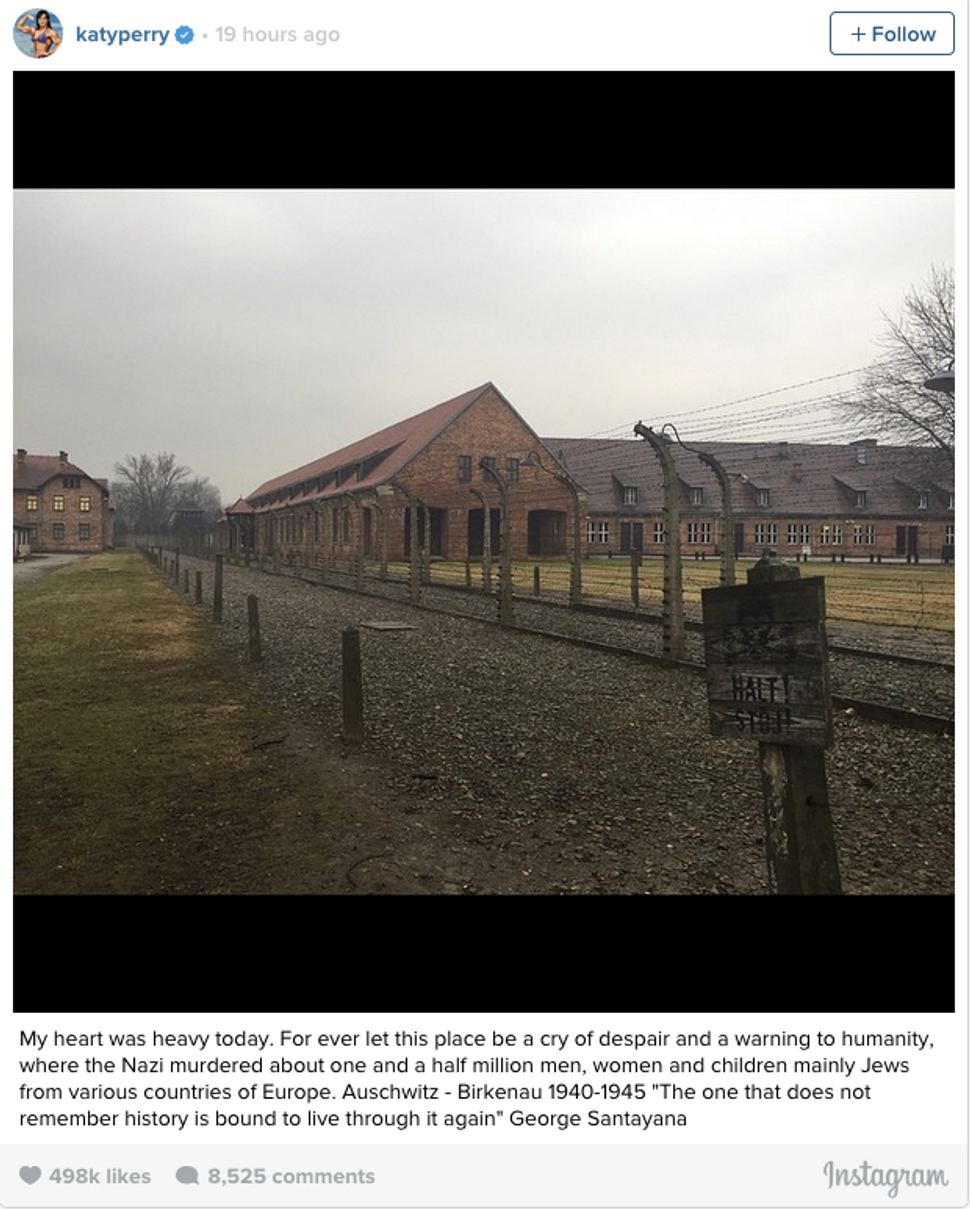 Katy Perry took a break from the European leg of her “Prismatic World Tour” to visit Auschwitz on Wednesday. The pop star posted shared a picture of the concentration camp with her 15 million Instagram followers with the following caption:

“My heart was heavy today.
For ever let this place be a cry of despair and a warning to humanity, where the Nazi murdered about one and a half million men, women and children mainly Jews from various countries of Europe.
Auschwitz – Birkenau
1940-1945
‘>The one that does not remember history is bound to live through it again’ — George Santayana”

No selfies were involved, and for this we are thankful.