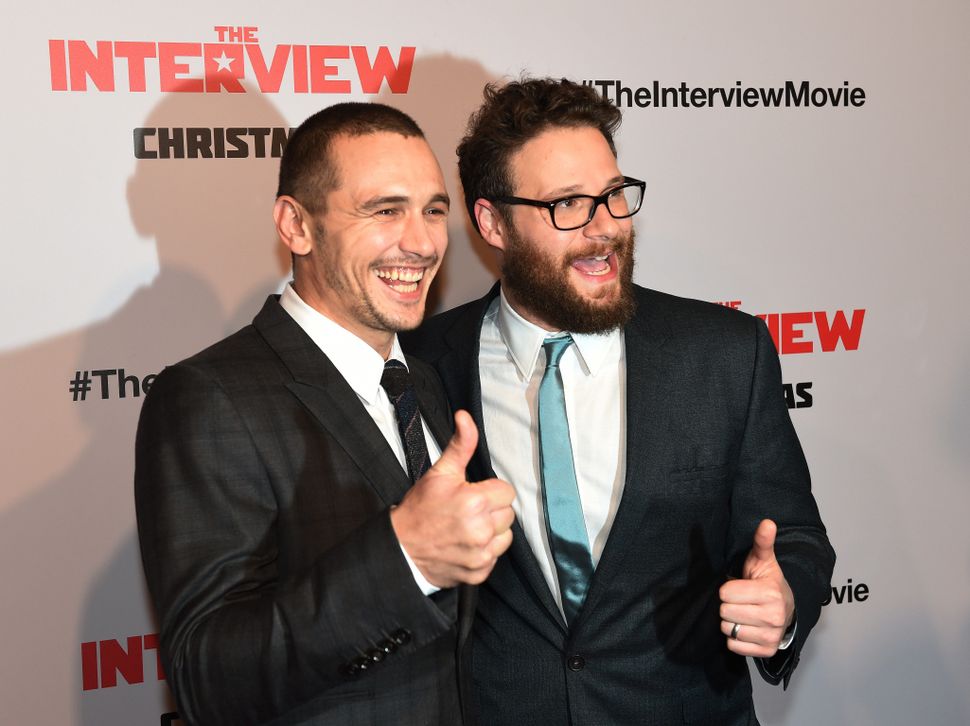 The ceremony will take place during Hilarity for Charity’s Variety show at the Hollywood Palladium on October 17.

“Ever since I’ve known James, he’s been talking about wanting a bar mitzvah,” Rogen . “We’re excited to see him finally become a man while also helping us raise awareness and funds for people living with Alzheimer’s and towards research that will lead to a cure. And in celebration we’ll also have a mohel and a live bris for James at the event.”

The lineup hasn’t been announced yet, but given past performances by Aziz Ansari, Paul Rudd, Sarah Silverman, Joseph Gordon-Levitt and Nick Kroll, we’re betting it’s a good one.

The Hilarity for Charity foundation was started by Rogen and his wife to promote awareness about Alzheimer’s disease after Miller Rogen’s mother was diagnosed at age 55.

“5 million Americans are currently living with the disease and it is the sixth leading cause of death in the U.S., yet it is the least funded and the only one with no treatment whatsoever.” she said. “I hope we’re able to capture the attention of more young people, and get the disease the type of funding it deserves.”

Knowing Rogen and Franco, this bar mitzvah will have all the regular staples: boozing, man-child hora dancing, and lots of people sneaking out the back for a puff. As with Judd Apatow movies, so too with religious coming of age. Mazel tov!