My Memories of The Donald 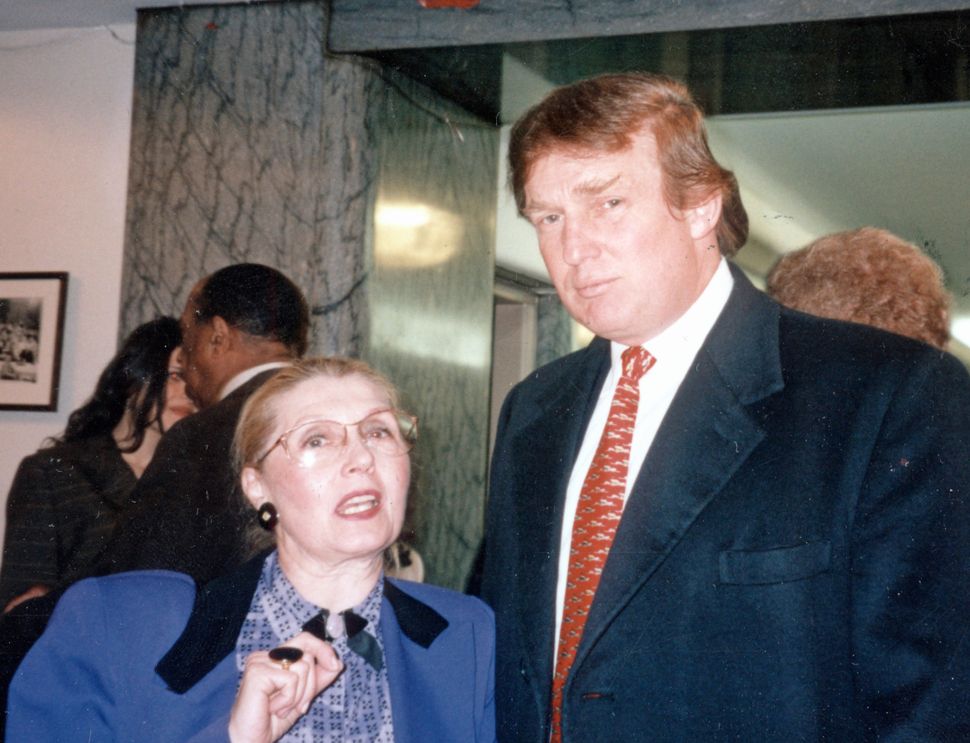 As Donald Trump is being credited for Fox News’s kvelling at the largest-ever viewership of the August 6th GOP primary debate, I thought back to my first Trump encounter at the June 1990 American Booksellers Association Convention in Las Vegas where the hottest ticket was the by-invitation-only reception launch of his book “Staying on Top” (Random House).

Held at Mirage Hotel’s Grand Ballroom, Trump shook hands with admiring bookseller-buyers. Karen — my daughter and this columns’ photographer, who had designed the stationery logo for Trump’s Taj Mahal Casino — and I chatted with Trump about our mutual friend and his right-hand man Mark Grossinger Ettes, [Catskills’ doyenne Jennie Grossinger’s son] who had just been killed in a helicopter crash.

I later spotted Donald’s then elusive inamorata Marla Maples in the Mirage’s boutique. Statuesque, in lime green hot pants, her hair hidden under a hot pink baseball cap, she was shadowed by a bulvan of a bodyguard. At that moment, the media was in a “where is Marla?” frenzy.

“Miss Maples?” I ventured. She jumped, the bodyguard on full alert. “Oh my God!” Marla blanched. I reassured her I had just chatted with Donald “next door” as we then commiserated about the loss of Mark Ettes. “He was such a wonderful person,” she said. “Can we take a photo together?” I asked. “Oh No!” Donald would not like that!” said a panicked Maples. Karen put the camera away. After a few pleasantries, we said good-bye.

Imagine my surprise when at the December 1990 party Cindy Adams threw for hubby Joey Adams’ 80th birthday party, hosted by Leona Helmsley and attended by celebrities, politicians and three living New York City mayors, the arrival of Trump and Marla — the couple of moment — stopped the chatter cold. As they passed by Karen and me, Marla whispered in Trump’s ear, “She’s the one!” Donald came over and said, “Thank you,” then dominated the rest of the evening. 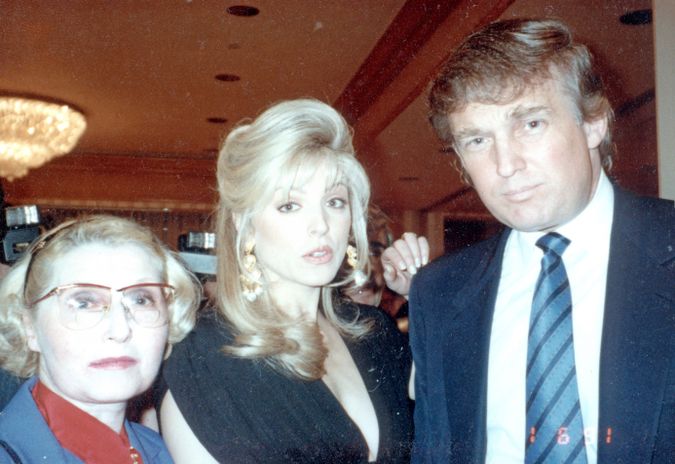 A TV reporter asked me: “What was that all about?” I told him about the Mirage encounter and that Donald thanked me for not taking that photo. “You out of your mind lady!” he exlaimed. “You could have gotten $100,000 for that shot.” I replied: “She said no. And no it was.” “Well,” he said, “they better invite you to their wedding.”

They did. Karen and I were invited to the December 1993 wedding at The Plaza and also received an invitation to Marla’s debut as Ziegfeld’s favorite in “The Will Rogers Follies” at The Palace Theatre. The too-long line-up of post-party well-wisher celebrities included Kathie Lee Gifford and her husband, football great Frank Gifford, who just passed away.

A standout among the over-the-years encounters was the October 9, 2002 USO of Metropolitan New York Medal Awards Dinner at the Plaza which Donald Trump attended with then-future, now-current wife Melania Knauss. The honoree was General John M. Keane who declared: “The first battlefield of the war was not Yemen or Afghanistan, but New York City and Washington…We’re going to kill them…We’re going to capture them…. We’re going to finish them! Not out of arrogance but out of a sense of commitment to the American People.”

Trump — feeling very much at home at the hotel he once owned — said: “I never met a four-star general. I now feel safe… I build buildings —but it’s not as important as what the general does and I’m proudest of the Vietnam War Memorial we built in downtown Manhattan [in the 1970’s] by the New York Vietnam Veteran’s Memorial Fund [of which he was co-chairman]”.

My Memories of The Donald