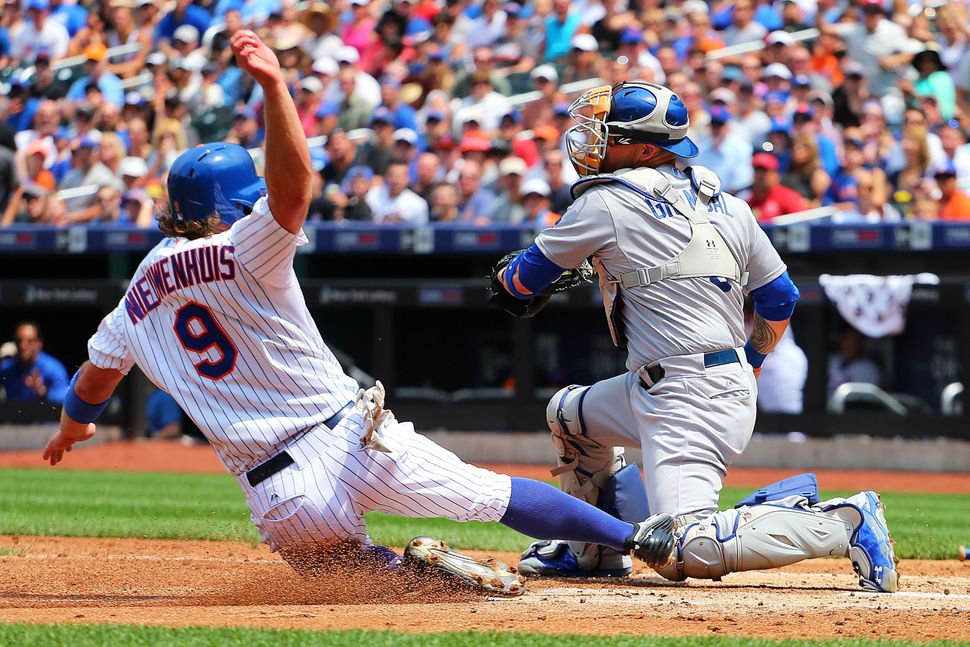 (JTA) — Baseball doesn’t get much more Jewish than this year’s MLB National League Division Series, which starts Friday between the New York Mets and the Los Angeles Dodgers.

Both teams feature notable Jews: Joc Pederson in the outfield for the Dodgers and Joe Wilpon in the owner’s box for the Mets. Plus, you’ve got the famously Jewy fanbases of New York and L.A.

But what really makes this series Jewish is the bet on the outcome between two Jewish Democratic congressmen.

And not just any bagels: The word “fresh” appears twice in a press release about the bet:

Then, quoting Schiff: “Please make sure the lox is fresh, Steve.”

That’s fresh. Not pulled out of the freezer. Not toasted. As these congressmen clearly understand, freshness is for bagels and lox what “no mayonnaise” is for a deli sandwich. Some traditions are simply unassimilable.