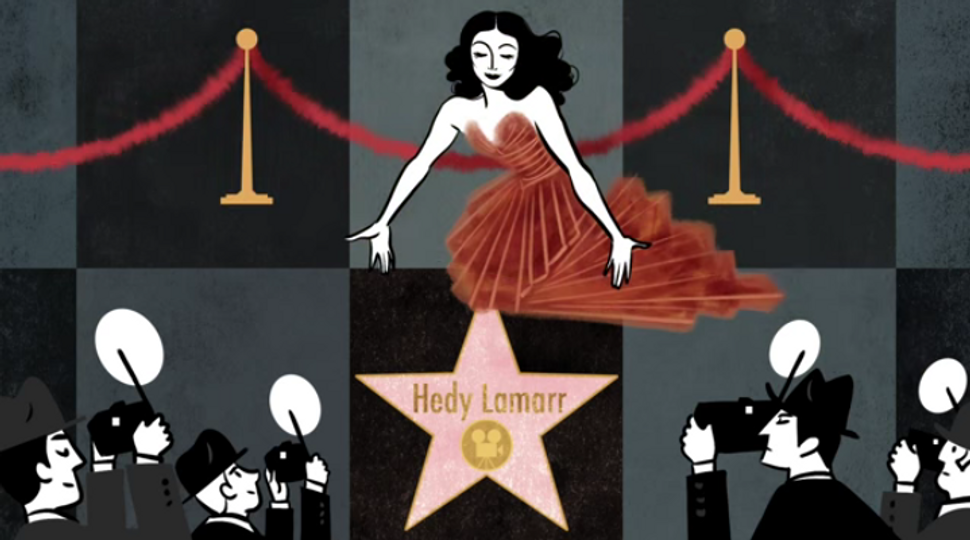 Nazis, sex, groundbreaking inventions, escape in disguise — sounds like the plot for the next Hollywood hit. Or, you know, real events from Hedy Lamarr’s life.

The Jewish actress and inventor, who would have turned 101 on November 9, is the .

In 1932, she was cast in Gustav Machaty’s “Ecstasy,” a film about a young girl who marries a rich but boring man, and which featured a close-up of Lamarr’s face during an orgasm.

As Anne Helen Petersen wrote in The Hairpin in 2013:

“The first time audiences saw Hedy Lamarr, she was running naked through a field. The second time they saw her, she was in the throes of a very animated orgasm. The next time she appeared on screen—more than five years later—she’d have a new name, a new language, and a new image, but the effect was the same: just the sight of her was enough to stop Hollywood, and audiences across America, in their tracks.”

(For an in-depth look at her life, check out Petersen’s piece, “The Ectasy of Hedy Lamarr.”)

Soon after her notorious debut, Lamarr married arms dealer Friedrich Mandl, who, though half Jewish, socialized with the Nazi high command. After four years of marriage, Lamarr had had enough. Legend has it that in 1937, she escaped by disguising herself as a maid and fled to Paris. There, she met Louis B. Mayer, who convinced her to change her name. 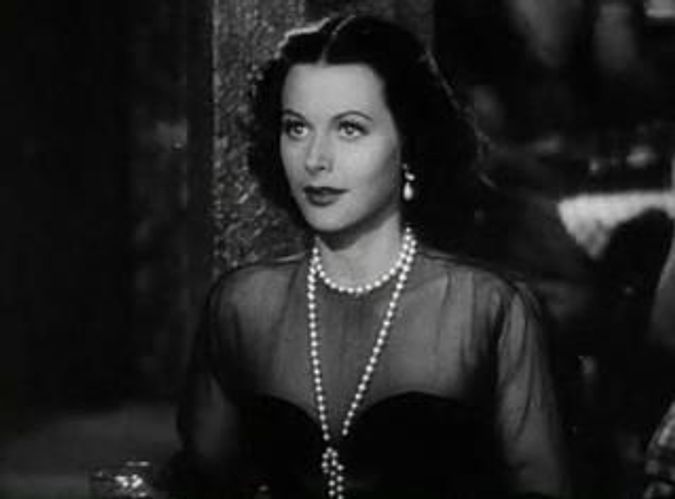 A Hollywood star was born. Between 1940 and 1949, Lamarr appeared in 18 movies and built up quite a reputation.

Her multiple marriages (six of them, total) made her an object of scorn and admiration — an exotic seductress. Louis B. Mayer hailed her as “the most beautiful woman in the world.”

But Lamarr was more than just a vampy siren.

According to Smithsonian magazine, during World War II, she joined composer George Antheil in designing a “frequency hopping” system to target torpedoes, which “involved two motor-driven rolls, like those on a player piano, installed in the transmitter and aboard the torpedo and synchronized through 88 frequencies—matching the number of keys on a piano.”

Basically, Hedy Lamarr invented the technology that now enables you to have a cell phone, GPS, and Wifi connection.

The War Office decided they could make better use of Lamarr’s skills — by having her sell war bonds. “Under an arrangement in which she would kiss anyone who purchased $25,000 worth of bonds, she sold $7 million worth in one night,” Smithsonian wrote.

Eventually, though, scientists started taking note of Lamarr’s contributions. Her “frequency hopping” technology was used by the U.S. government during the Cuban Missile Crisis, and she is now holds a spot in the National Inventors’ Hall of Fame.

So, on this special day, we wish Hedy a very happy birthday and encourage you all to check out her amazing Google Doodle: