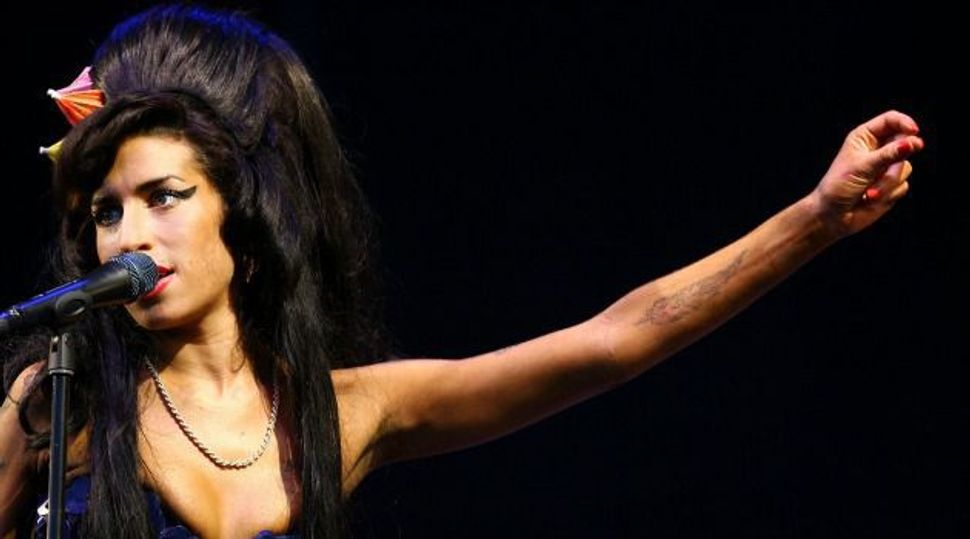 A dozen documentary feature films on Jewish and Israeli topics, vying for Oscar glory, were largely eliminated when the Academy of Motion Picture Arts and Sciences winnowed down the list of 124 contenders to 15 semi-finalists.

The sole survivor of Tuesday’s announced semi-finalists is “Amy,” a British documentary on singer-songwriter Amy Winehouse, described by her brother as “a little Jewish kid from North London with a big talent.”

Her meteoric career and tortured life was cut short at the age of 27 through drug abuse and alcohol poisoning.

Two American-Jewish filmmakers also made the cut and are high among the filmmakers favored to top the competition. One is Davis Guggenheim, the director of “He Called Me Malala,” an intimate portrait of Malala Yousafzu, of Pakistan, who was awarded the Nobel Peace Prize at the age of 17 for her advocacy of education for girls.

The other is Joshua Oppenheimer, whose “The Look of Silence” documents the killing during 1965 and 1966 of some 500,000 alleged Communists by the Indonesian military.

Among contenders out of the running are documentaries on Israel’s prime ministers, the birth of the Israeli Air Force, and somber recollections by veterans of the Six-Day War.

Also eliminated were the recollections of a Polish-Jewish Holocaust survivor, testimonies by the sons of two Nazi war criminals, and the Palestinian entry satirizing Israeli restrictions on the livelihoods of Palestinians.