Maya Rudolph Traces Her Roots — All the Way Back to Vilna 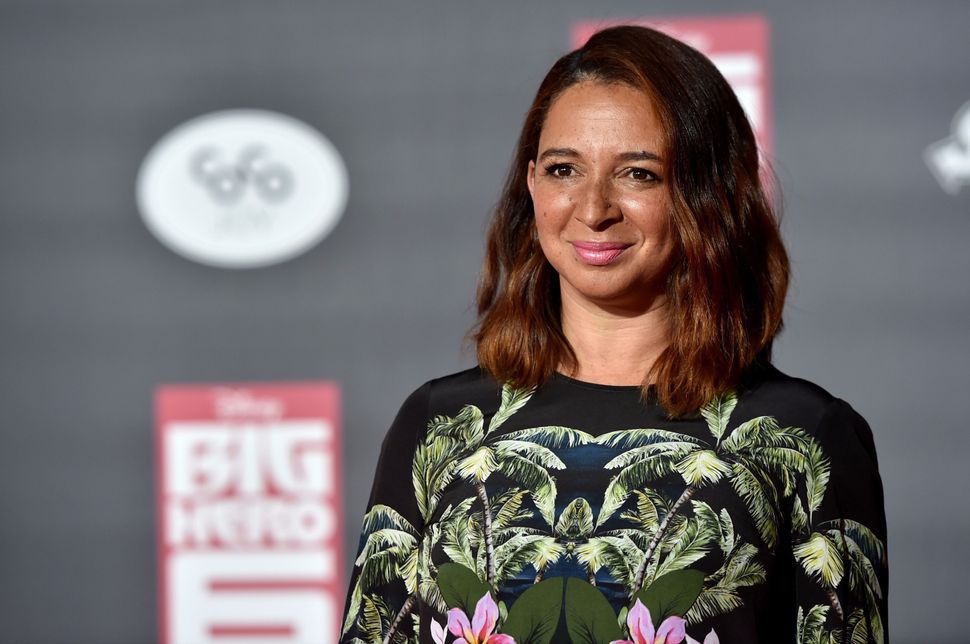 Actress Maya Rudolph will be one of three celebrities featured in a PBS documentary show that traces the ancestry of pop culture personalities, uncovering familial histories they themselves are not aware of.

The episode, which airs January 19 and also features writer Shonda Rimes and actor Keenen Ivory Wayans, traces the African American roots of the three, while also exploring Rudolph’s Jewish side of the family, tracking it back to Europe in 1773.

Best known for her seven-year stint on “Saturday Night Live,” her killer Beyonce impression and Judd Apatow’s “Bridesmaids,” Rudolph, 43, has become a respected figure in comedy on par with Tina Fey and Amy Pohler.

Rudolph’s parents, Ashkenazi Jewish composer and producer Richard Rudolph and African American singer and songwriter Minnie Riperton, produced several hits together, scoring a Billboard #1 hit with “Lovin’ You” and toured with Rudolph and her older brother, Marc, when they were children. 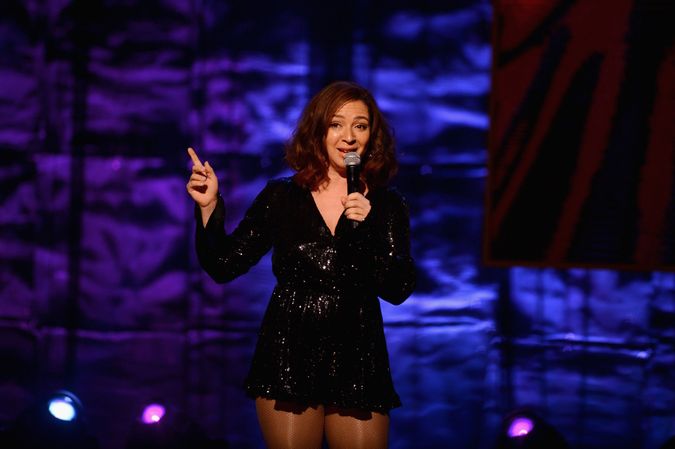 Riperton passed away from breast cancer at the age of 31 when Rudolph was only 6-years-old, an event that had a profound effect on Rudolph’s identity. Growing up after her mother’s death, Rudolph said she felt more like the “other” than she ever did before. Going to school with mostly Jewish and white kids, she felt different than the other kids in school, but used humor to her advantage, a skill that followed her throughout her career.

“Being mixed, I kind of grew up feeling orphaned by the idea of my heritage,” she says to host Henry Louis Gates Jr. in the episode. “I know I’m from peoples, but I don’t know who they are.”

Throughout the episode, Rudolph finds out that her great-grandfather, Judel Rudashevsky, made the solo trip from Vilna in modern-day Lithuania to New York in 1902. Only 21 at the time, he changed his name to Julias Rudolph. Only three years after his naturalization, Julias Rudolph was a founding member of Congregation Beth Shalom in Pittsburgh, a Conservative synagogue which still exists today.

Turning to Rudolph’s African American side of the family, Gates reveals that Rudolph’s maternal ancestors were owned by a Kentucky slave-owner who freed them of his own will almost 40 years before the Emancipation Proclamation. A DNA test also found that a part of her African American side of the family can be traced back to South East Asia and Madagascar.

Rudolph has approached her Jewishness with humor over the years, in an interview with the “Independent,” she credits her love of food and worrying to her dad, who went on to raise Rudolph and her brother alone. “We talk a lot on the phone about the medicines we’ve taken recently,” Rudolph said. “We talk a lot about what new medicines we might want to try.

“Do I have the gene where I want to talk for 30 minutes about what’s ailing me, what aches? Absolutely,” she joked. “Then I have the worry gene.”

Rudolph is married to filmmaker Paul Thomas Anderson, with whom she has four children.

If you listen closely, you can hear Riperton sing “Maya, Maya, Maya” in the last few bars of her most famous song. A lasting lullaby for her daughter:

Maya Rudolph Traces Her Roots — All the Way Back to Vilna