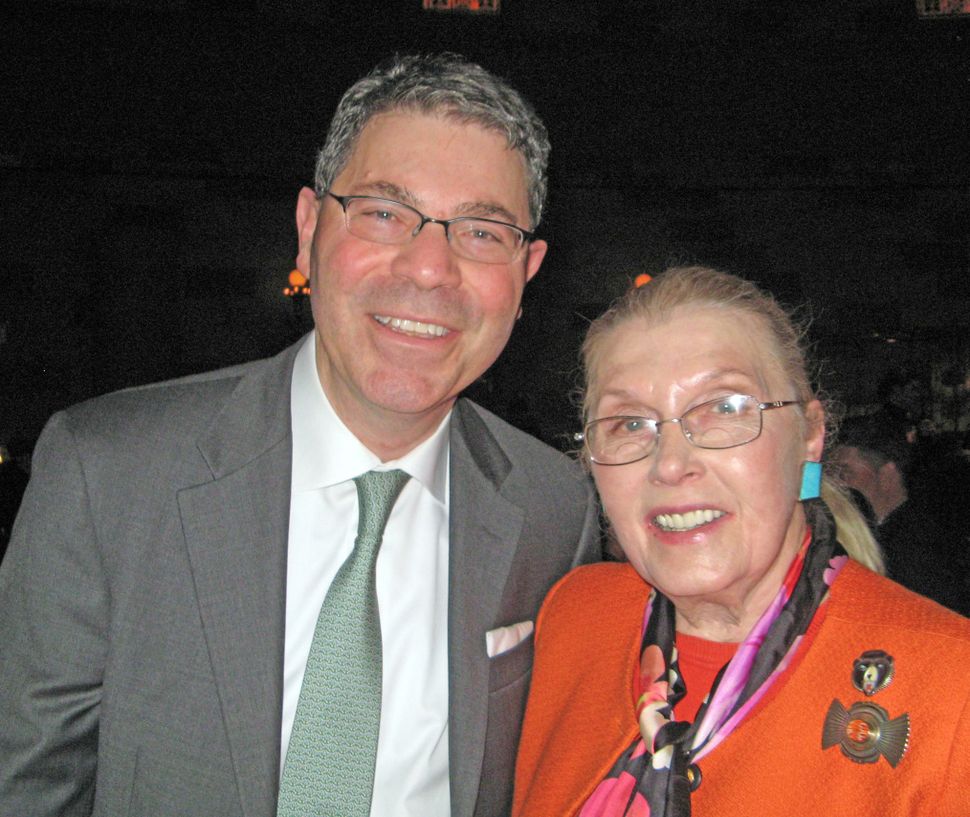 Greeting the 400 guests at the March 7 Citizens Committee for New York City Gala at Gotham Hall, Committee CEO Peter H. Kostmayer informed “Our work is in hundreds of the city’s poorest neighborhoods filling gaps whether it be music lessons for poor kids or vegetable gardens for neighborhoods with little access to fresh and affordable produce or a safety program for New Yorkers who feel unsafe.”

“We have had a special relationship with this organization for a long time…the first organization to support my work” said honoree Eboni Banks, food activist, recipient of the organization’s Osborn Elliott Award for Community Service presented by Board Member David Hochman. Founder of the non-profit resident.connect.care which serves 1000 Brownsville residents, Banks said that foremost among her many challenges is a passion for the need to bring healthy eating habits to the community’s residents — particularly to the children. She described a field trip to Whole Foods where the children were startled at their first sight of fresh produce — greens, fruit, which many had never seen — nor was available in their own neighborhood. Apropos rampant diabetes in the community “including children as young as seven,” Banks informed: “When their diet changed, [they] went off medication.”

Among the guests wereMaria Cuomo Cole and Kenneth Cole. At the Committee’s 2010 Gala Mrs. Cole’s father—former New York State Governor Mario Cuomo— presented the Committee’s Schuyler and Elizabeth Chapin Award for Lifetime contributions to the Arts to Barbaralee Diamondstein-Spielvogel for her 40years-long achievements and “Longest-term commissioner of [1972-1987] the New York City Landmarks Preservation Commission and “appointment by President Clinton to the U.S. Commission of Fine Arts.”

During my dinner chat with Mr. Spring, I admitted to being a longtime Bloomingdale’s customer who happens to still have her first Bloomingdale’s charge card from the anti-deluvian, era when married women could only get charge cards in their husbands’ name! “Was it white?” asked Mr. Spring. “Yes, it was!” I replied. We both had a good chuckle.

The Citizens Committee for New York City came into being in 1975 as New York City teetered on the brink of bankruptcy. Among its founders were Senator Jacob Javits and Newsweek Editor-in-Chief Osborn Elliott — in whose memory the award was established. More than 8000 New Yorkers responded following the then Daily News headline: “Ford to City: — Drop Dead!” and energized volunteers filled gaps in the City’s services…as they continue to do today.