The idea for a Haggadah based on the music of Broadway hit “Hamilton” was planted when Emily Cohen gushed to fellow rabbinical student Jake Adler about the show’s soundtrack during their daily commute to campus.

When Adler later stumbled upon a Passover-themed version of one of the songs from the hit show, written by a New York rabbi, he knew just who to share it with.

“The second that Jake mentioned this to me I just started running with it,” Cohen told the Forward.

The two rabbinical students at the Reconstructionist Rabbinical College in Pennsylvania, began writing Passover-themed lyrics to the musical’s soundtrack, which is based on the life of Founding Father Alexander Hamilton.

They recorded their songs using the built-in microphone on Cohen’s computer. They finished most of the 46-page Haggadah in only eight days.

“Because we were having so much fun writing it, we just wrote so much — we ended up with 11 songs,” Adler recounted.

But they had no idea that a fun hobby would go viral. Just a couple days after sharing the Haggadah with friends, they heard from Jews all over the country who wanted to incorporate the soundtrack in their Seders.

The Haggadah even reached a woman working in the management of the Broadway hit, who wrote to Cohen and Adler to tell them she loved their project.

“This was a total DIY-thing that we fully intended would just be for ourselves and our friends, and then before we knew it, it was getting hit after hit. It really spiraled in an incredible way,” Cohen said. 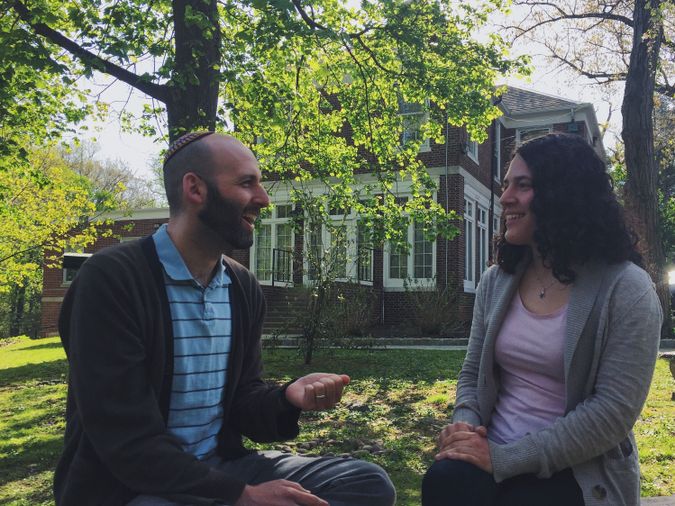 Ultimately, they hope their Haggadah can get people excited both about American history and about Judaism.

If Alexander Hamilton was alive he would probably be pleased to hear about the project. The Founding Father actually received his earliest education at a Jewish school.

After the young bochur was rejected by an Anglican school for having been born out of wedlock, Hamilton’s mother sent him to study at a local synagogue in the West Indies island of Nevis.

During his studies, Hamilton learned Hebrew and gained an appreciation for Judaism.

“Progress of the Jews… from their earliest history to the present time has been and is entirely out of the ordinary course of human affairs. Is it not then a fair conclusion that the cause also is an extraordinary one — in other words, that it is the effect of some great providential plan?” Hamilton wrote.

Perhaps this Haggadah is part of a “providential plan” to bring Hamilton’s Jewish connection to a full circle.