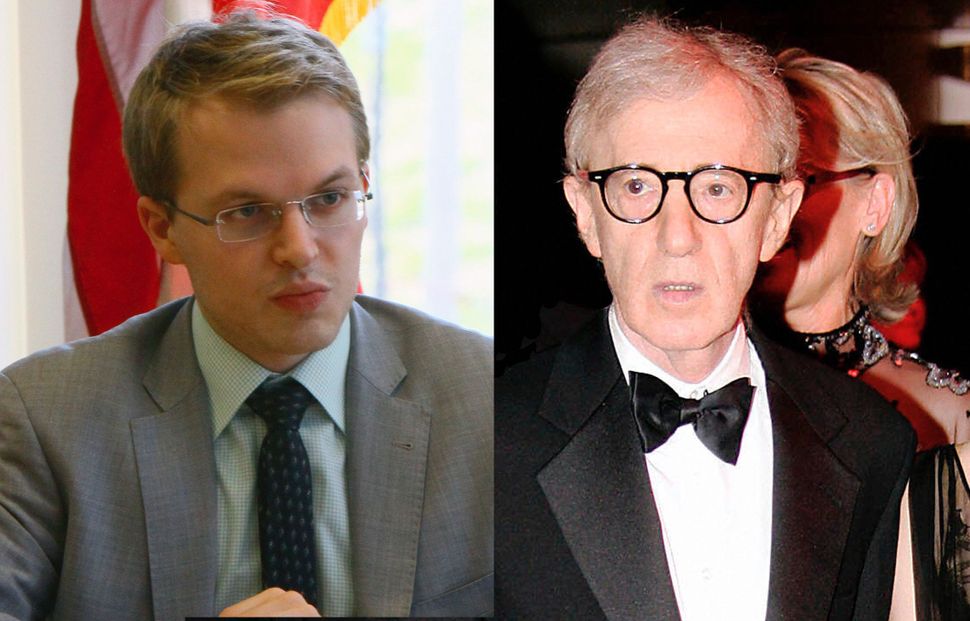 Ronan wrote that he believes claims by Dylan that Allen routinely molested her as a child to be true, and recounts how his father would go into his sister’s bed at night and force her to suck his thumb, in the Hollywood Reporter.

He alleges that media outlets refused to publish the truth about his sister’s sexual abuse claims, instead relying on talking points provided by Allen’s public relations representatives, creating what he termed “a self-perpetuating spin machine.”

In one instance the New York Times published Dylan’s account of repeated sexual abuse as a child by her father online, but then published Allen’s longer response in their print edition.

“It was a stark reminder of how differently our press treats vulnerable accusers and powerful men who stand accused,” Ronan wrote.

Ronan, who is a journalist, called on the media to stop protecting those facing sexual abuse allegations and to allow victims to be heard by publishing their accounts.

“Very often, women with allegations do not or cannot bring charges. Very often, those who do come forward pay dearly, facing off against a justice system and a culture designed to take them to pieces. A reporter’s role isn’t to carry water for those women. But it is our obligation to include the facts, and to take them seriously. Sometimes, we’re the only ones who can play that role,” he wrote.

Josefin Dolsten can be contacted at [email protected], and followed on Twitter @JosefinDolsten