When asked by Sky News yesterday about similarities between the Republican nominee and Harry Potter’s fictional nemesis, the 27-year-old gave his own insightful analysis.

“I sort of think Donald Trump might not be as ideologically pure as Voldemort,” he said. “My thing on Trump is that he feels like more of an opportunist — like I don’t know how much of this stuff he’s saying he actually, really, really believes.”

The actor went onto add that he definitely wouldn’t disregard the analogy. “That comparison is certainly not without its merits,” he said.

J.K. Rowling, however, had other ideas on the matter.

The “Harry Potter” author took to Twitter last year to slam the idea that Voldemort was anywhere near as bad as Trump.

How horrible. Voldemort was nowhere near as bad. https://t.co/hFO0XmOpPH

And while she should probably have the last word (it’s J.K. Rowling after all) the internet took the comparison into its own hands—including the creation of a few quizzes titled “Who Said It: Donald Trump or Lord Voldemort?” 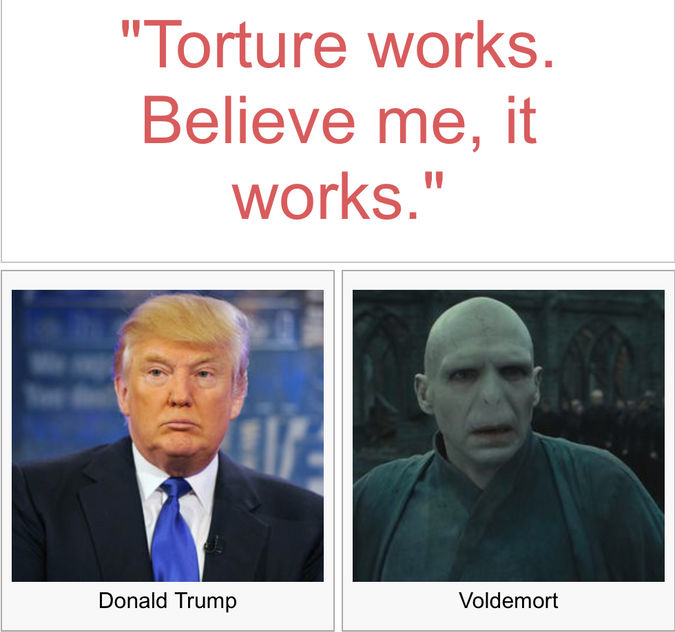 Side note. I just took one of those quizzes and did surprisingly poorly. And I’ve read “Harry Potter” an embarrassing amount of times.

Thea Glassman is a Multimedia Fellow at the Forward. Reach her at glassman@forward.com and on Twitter at @theakglassman.