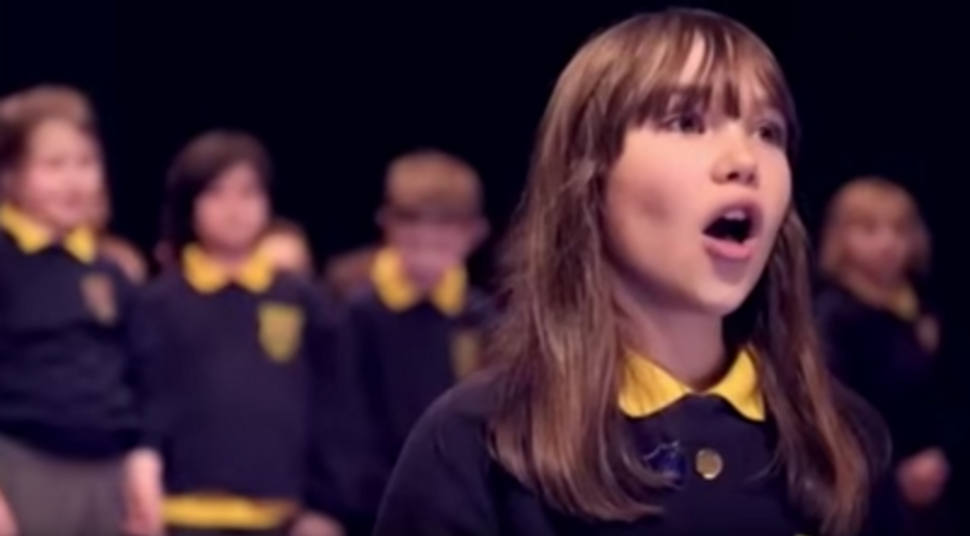 A 10-year-old girl from Northern Ireland just became an instant internet sensation after footage of her singing “Hallelujah” was posted online.

Kaylee Rodgers, who has autism and ADHD, led Killard House School’s choir with her goosebumps-inducing solo, which has already garnered close to one million views since it was uploaded to Facebook on Tuesday.

Rodgers is “very shy,” Colin Millar, her school’s principal, told ITV, and it was a big step for her to perform in front of a crowd.

“For a child who…wouldn’t really talk, wouldn’t really read out in class, to stand and perform in front of an audience is amazing,” Millar said. “It takes a lot of effort on Kaylee’s part.”

The school’s choir sang a version of Leonard Cohen’s song that had been adapted by the Christian rock band Cloverton. The band received backlash back in 2014 for turning “Hallelujah” into a Christmas song. Vocalist Lance Stafford later told JTA that he hadn’t realized Cohen was Jewish when they rewrote the lyrics and that the band meant “no disrespect.”

During an interview with ITV, Rodgers expressed how much she enjoys singing and that the buzz surrounding her performance was just a fun bonus.

“It was really amazing how many views I got,” she said. “I just loved doing it.”