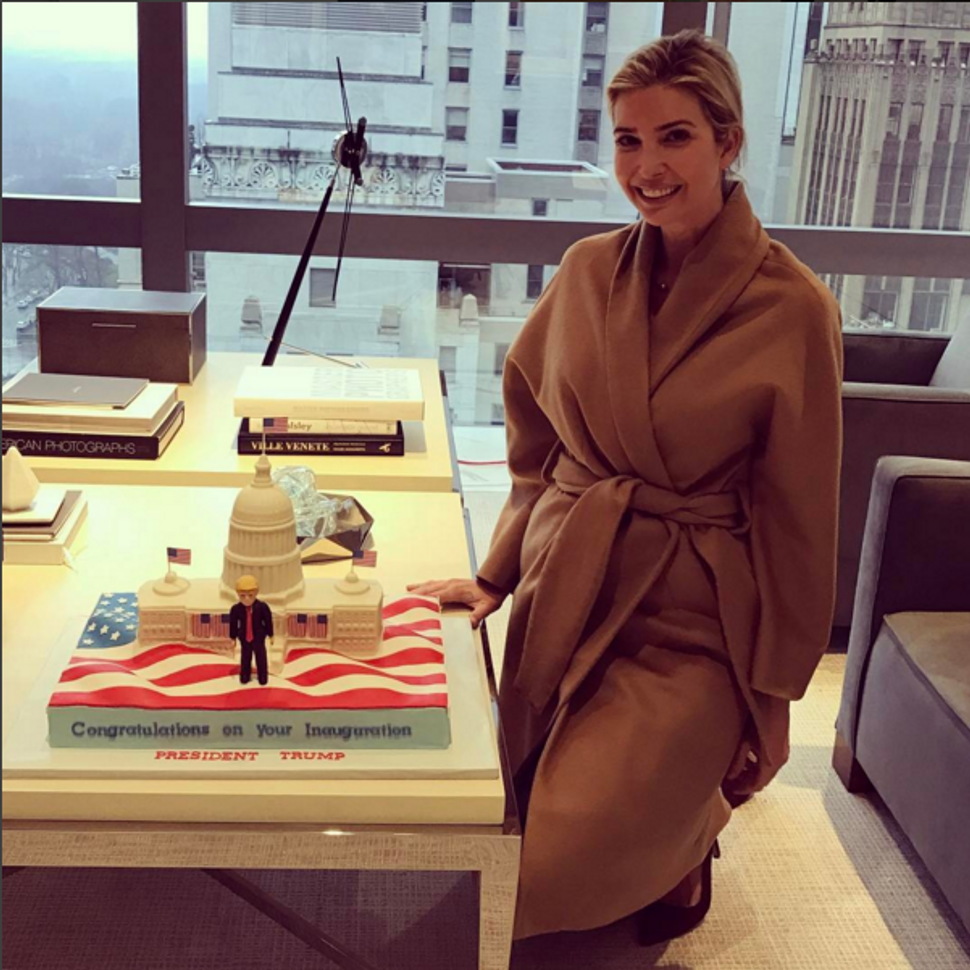 Ivanka Trump has been capturing her move to Washington, D.C., on social media this week.

The president-elect’s daughter took to Instagram to show her packing progress, reveal her daughter’s new room and pose next to her father’s inauguration cake.

Now this is a cake! The whole office is incredibly excited about the upcoming inauguration and 45th Presidency but will miss @realdonaldtrump come Friday!

#Inauguration day has almost arrived!!! The last 19 months have been remarkable but this amazing journey is just getting started! #MAGA ??

Trump, Jared Kushner, and their three children will move into a 6,870-square-foot home in Kalorama, one of D.C.’s most expensive neighborhoods. The house, which features six bedrooms and seven bathrooms, is located just a few blocks from the Obama family’s new home. Here’s hoping for not too many awkward block parties.

Thea Glassman is an associate editor at the Forward. Contact her at [email protected] or on Twitter, @theakglassman.