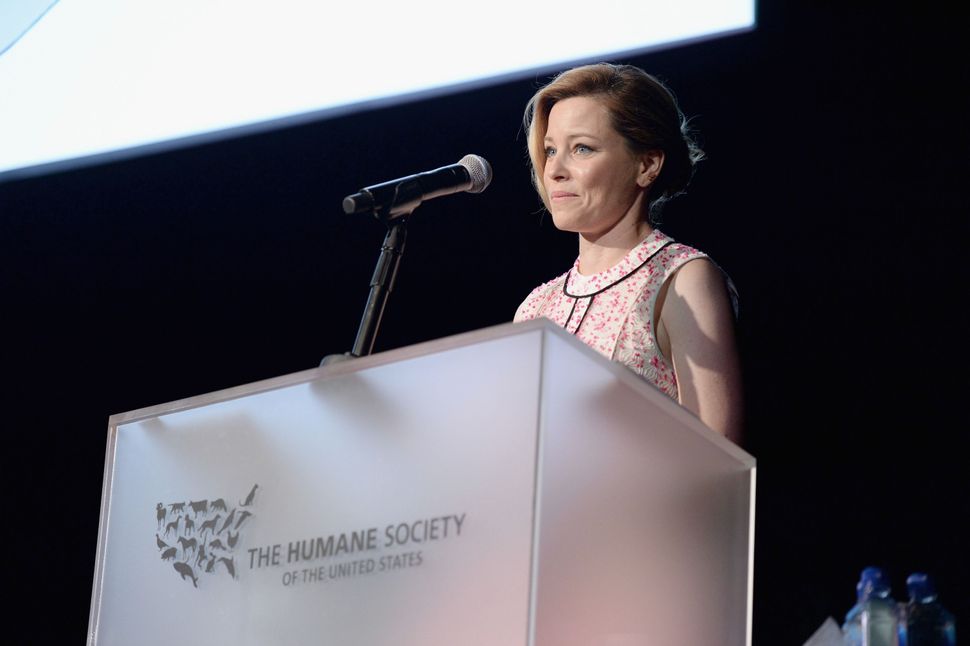 “Never say never,” said Justin Bieber ft. Jaden Smith once but how could Elizabeth Banks have known that he was speaking directly to her?

In a tweet last night, Banks addressed the remarks she made while collecting an award for women in filmmaking. She criticized Steven Spielberg for “never” having made a movie with a female lead and was quickly called out for forgetting that Spielberg directed the popular film “The Color Purple.”

“I messed up,” wrote Banks in a tweet. “When I made the comments, I was thinking of recent films Steven directed, it was not my intention to dismiss the import of the iconic #TheColorPurple … those who have the privilege and honor of directing and producing films should be held to account for our mistakes, whether it’s about diversity or inaccurate statements. I’m very sorry.”

Of course, Spielberg doesn’t deserve a cookie for having made a film or two with a lady protagonist and it’s not on his behalf that the indignant masses are going to war (save for a few passionate men’s rights activists). Rather, people are upset that Banks forgot such an important movie with a black female lead.

We all make mistakes and Banks delivered a classy apology. Maybe now she’ll take Justin Bieber up on his very sage advice.