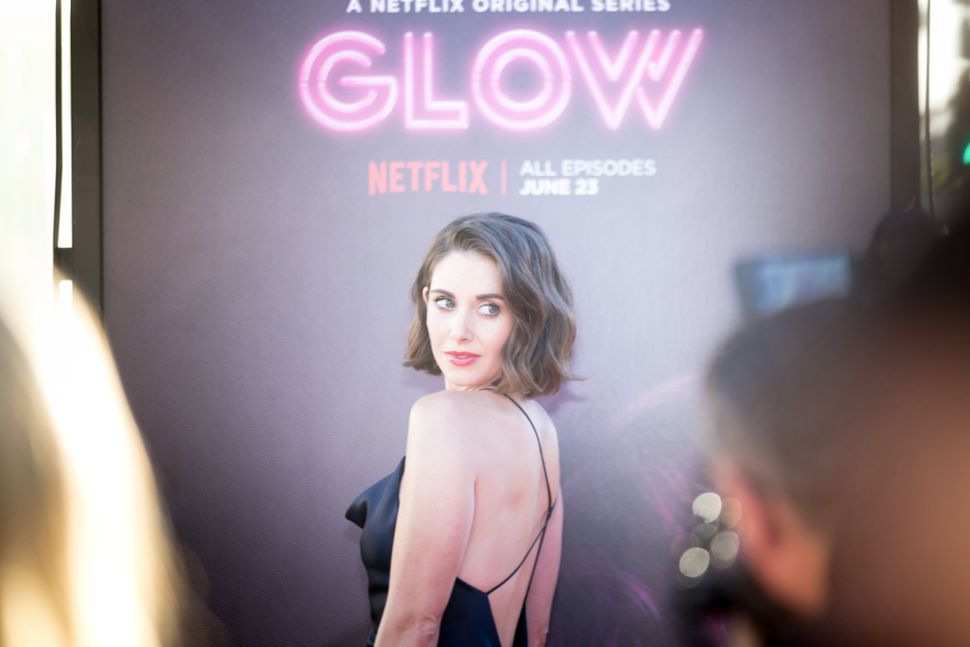 What the world needs now is love, sweet love — but what we’re getting instead is a Netflix series about a 1980s women’s pro-wrestling show.

And that’s nearly as good.

Jenji Kohan executive produces the new series “GLOW” (which stands, of course, for Gorgeous Ladies of Wrestling). It’s been released in its entirety today, giving you the excuse you’re looking for to cancel all of your weekend plans and stay home with your cat.

Alison Brie heads the line-up as Ruth “Zoya the Destroyer” Wilder, a Russian super-villain inside the ring and a struggling actress outside of it. Brie is known for playing mousy try-hards — like Pete’s doting wife in “Mad Men” or the obnoxious upstart Annie in “Community” — but her new role promises to be nothing like that.

“We did all our own stunts,” Brie said in an interview with Vulture. “I’ve never been super into wrestling and now I have a great respect for it. And I really get it. You feel like a superhero.”

The show currently has a 97 percent rating on Rotten Tomatoes, which gives me hope that the Netflix gods will have no choice but to shower us with infinite seasons.