White Supremacist From Vice Documentary Banned From OkCupid For Life 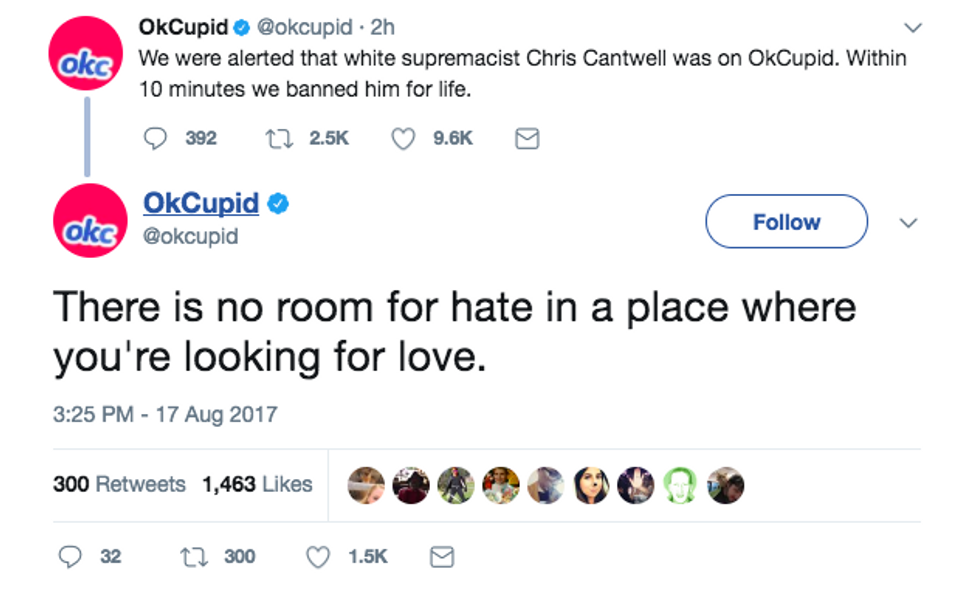 It appears that the white supremacist featured most prominently in Vice’s Charlottesville documentary, Chris Cantwell, simply cannot get no satisfaction when it comes to both white people facing imminent displacement by Jews AND matters of the heart.

Whoever runs OkCupid’s twitter account tweeted Thursday afternoon that Cantwell would no longer have the right to search for his one and only on its website.

We were alerted that white supremacist Chris Cantwell was on OkCupid. Within 10 minutes we banned him for life.

The company followed up its announcement of Cantwell’s banning by urging users to report any white nationalists they may come across.

There is no room for hate in a place where you’re looking for love.

If any OkCupid members come across people involved in hate groups, please report it immediately https://t.co/K6PTo8Rtlr

Cantwell was most recently in the news for posting a video of himself crying after realizing there is a warrant out for his arrest.

Sounds like white supremacists need what the Jews already have — a dating app to call their own.

White Supremacist From Vice Documentary Banned From OkCupid For Life