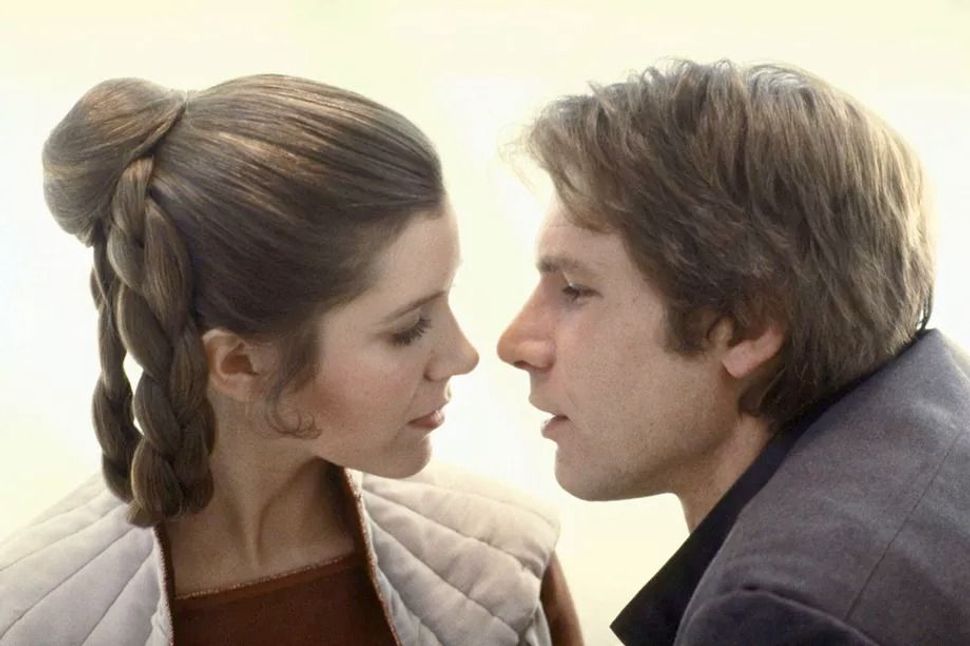 When the late Carrie Fisher revealed that she and Harrison Ford had had an affair on the Star Wars set, absolutely no one was surprised, and even more people were undoubtedly jealous. While promoting her last book, her memoir The Princess Diarist, she told People Magazine: “It was Han and Leia during the week, and Carrie and Harrison during the weekend.”

The Princess Diarist was the result of Fisher delving into the diaries she’d kept during the filming of the classic movie. Ford, then 33, was at the time married to Mary Marquardt (with children) when he and Carrie, then 19, had their storied affair, and has kept his silence on the matter since the initial confession in November of 2016.

While beginning the press tour for Blade Runner 2049, Denis Villeneuve’s upcoming sequel to Ridley Scott’s iconic work of science fiction, Ford sat down with GQ for a lengthy interview and profile. When not talking about punching Ryan Gosling or posing for photos wearing his own clothing, he was characteristically reticent when GQ correspondent Chris Heath brought up the late actress. Heath says: “There are conversations Harrison Ford doesn’t care so much about having. And then there are conversations he’d clearly prefer not to have at all.” Ford described it as “strange” when Fisher released the book, and disclosed that he’d been given advance warning from Fisher. Ultimately, Ford didn’t want to get into detail about his reaction to the reveal, saying merely: “Oh, I don’t know. I don’t know. You know, with Carrie’s untimely passing, I don’t really feel that it’s a subject that I want to discuss.”

Despite The Princess Diarist having been out since late November 2016, Ford claims he hasn’t read it, and it doesn’t seem likely that he will anytime soon.

So while we probably won’t be getting any more details about the real-life Han and Leia hook-up, at least we’ll always have Star Wars. And while Han Solo was unceremoniously murdered by his and Leia’s son Kylo Ren in The Force Awakens, Fisher completed filming on The Last Jedi before her passing, and will appear in the December 15 release).

Deborah Krieger is a curatorial assistant and freelance arts and culture writer. She had written for The Awl, Bust Magazine, PopMatters, Paste Magazine, Whitehot Magazine, and blogs at I On The Arts.