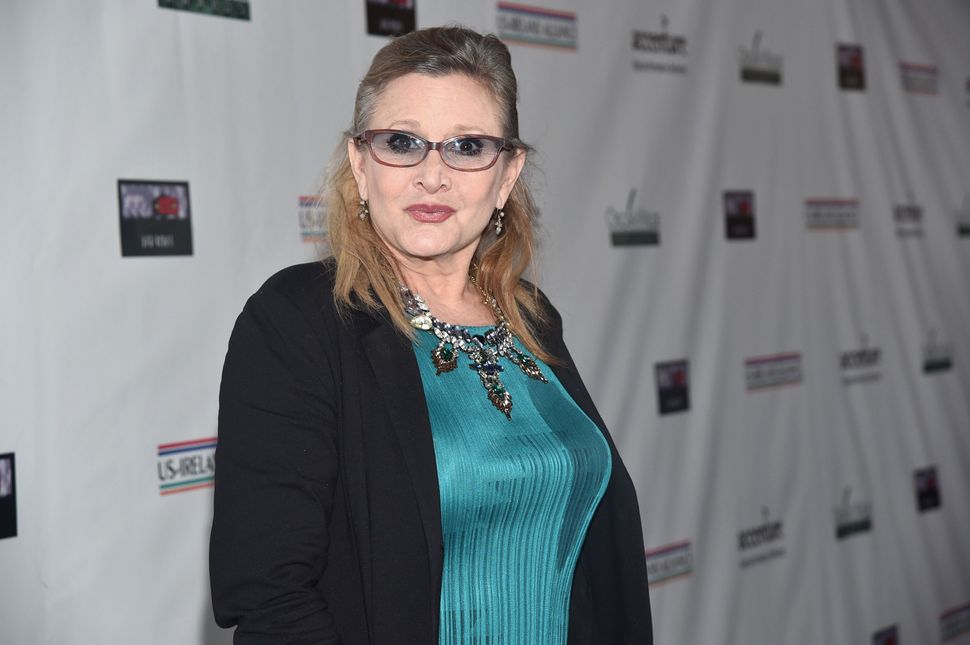 The late, great Carrie Fisher is once again posthumously in the news for being the baddest chick in the game. This time, Fisher has been remembered by her good friend, screenwriter Heather Robinson, for having sent a cow’s tongue to an executive as a threat after he attempted to force himself on Robinson.

It’s the kind of story that gives you a rare spot of hope in a Hollywood landscape that is increasingly revealing itself to be a toxic minefield of sexual harassment and misogyny.

In a perfect world, of course, Fisher would not feel the need to send a cow’s tongue to anyone. In a perfect world, Robinson would be able to ensure her future safety by reporting said predator to law enforcement or the studio that employs him. Unfortunately, as Mayim Bialik wrote in her questionable op-ed about sexual assault, it’s not a perfect world — so women should stop being naive and take a page out of Fisher’s book.

But what about women who love justice and animals? What about women who believe that buying meat is an ethical breach and that sexually assaulting women is a crime that should be subject to vigilante justice in the absence of appropriate legal consequences?

Be conflicted no more, for I have created a comprehensive list of vegan objects to send should you ever need to threaten a sexual predator on behalf of your friend.

2.A Vegan Hot Dog If you’re looking to keep your message simple, a vegan hotdog is probably the best way to go about doing it.

3.A Picture of Elizabeth Warren Elizabeth Warren is one of the most feared women in Congress. She can reduce a full-grown adult male to a sniveling, terrified puddle on the floor. She is a symbol of justice, a symbol of feminism, and a symbol that if you ever touch my friend ever again, you will pay in blood (just not animal blood).

4.A DVD of “Mad Max: Fury Road” In “Mad Max: Fury Road,” a female lieutenant, Furiosa, topples the tyrannical regime of an injust ruler. She spends the entirety of the film killing men to protect five women she has rescued from their role as the King’s “breeders.” Sending this DVD to a sexual predator would surely communicate the same message as Carrie Fisher communicated — but without the necessity of a cow’s sacrifice.

6.A Vial Containing the Blood of You and Your Best Female Friends It’s one thing to send the body part of a dead animal to a man by whom you would like to be feared. It’s another thing entirely to send that man the blood of you and your best female friends, communicating to him in the clearest possible terms that you and the woman he has assaulted are blood sisters and unafraid of pain if it should serve a greater cause. You fearlessly pricked your fingers and mixed the blood that spilled out to physically forge a bond that is strong enough to defeat anyone who might hurt either of you. And the best part? No animals were hurt.