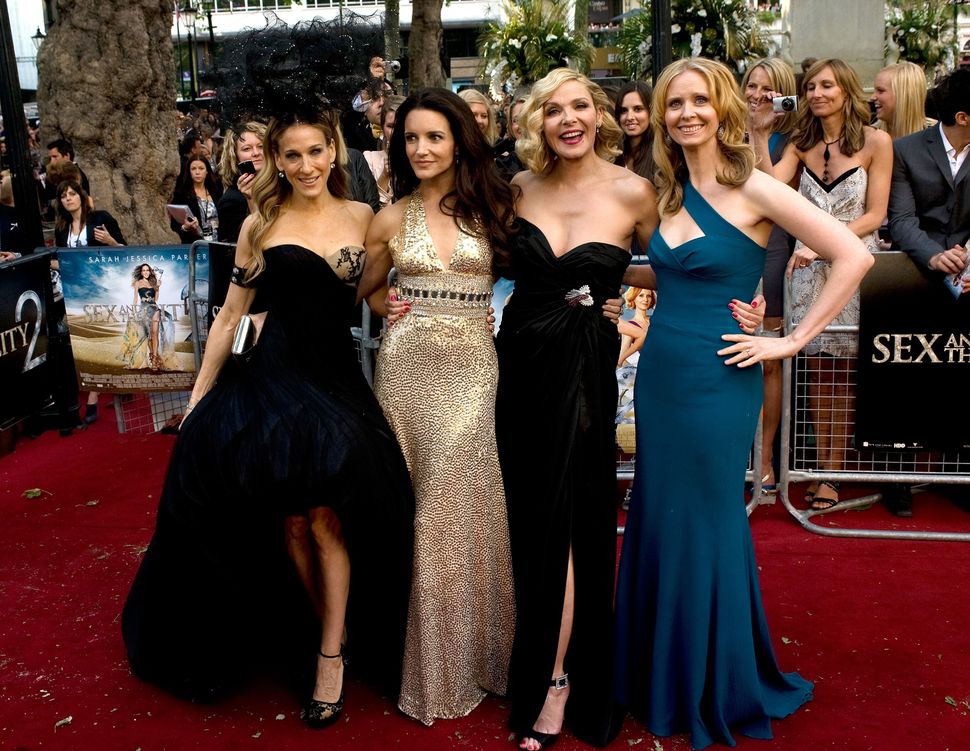 It’s one thing to enjoy your job but it’s another thing entirely to feel that you’ve been put on earth to do exactly what you’re doing and that the universe would spin out of orbit and the apocalypse would come one season early were you to have chosen another path.

Some experience this feeling when they’re in Antarctica collecting data on how quickly climate change is coming for our species. Others experience it while watching the kid nobody else believed in crossing the stage on graduation day.

I experienced it this weekend when Kim Cattrall published a scathing Instagram post in which she berated her former “Sex and the City” costar Sarah Jessica Parker for being a fake, terrible person.

The “Sex and the City” feud is the stuff of legends. It begins long ago in an era we refer to now as “the 90s”. Four women, all of varying degrees of fame, were brought together to create the story that would come to define a generation of hapless, aging, singles. But paradise on set was, alas, not to be.

According to one New York reporter, a passionate jealousy raged from the get-go. From the moment Kimberly Cattrall stepped on to set, she claims she was ostracized and systematically left out of any and all female bonding time.

Flash forward 20 years and the bad blood is still boiling.

My Mom asked me today “When will that @sarahjessicaparker, that hypocrite, leave you alone?” Your continuous reaching out is a painful reminder of how cruel you really were then and now. Let me make this VERY clear. (If I haven’t already) You are not my family. You are not my friend. So I’m writing to tell you one last time to stop exploiting our tragedy in order to restore your ‘nice girl’ persona. Copy and paste link https://nypost.com/2017/10/07/inside-the-mean-girls-culture-that-destroyed-sex-and-the-city/

“Let me make this very clear if I haven’t already. You are not my family. You are not my friend. So I’m writing to tell you one last time to stop exploiting our tragedy to restore your ‘nice girl’ persona,” wrote Cattrall for anyone and everyone to see.

Brutal. But was it deserved?

It’s impossible to say who the true transgressor is here, although I can make an educated guess that Sarah Jessica Parker is. You can’t trust people that little, they are always slinking here and there in the night.

Still, it’s a bold move to publicly shame a woman when you could just take the high road and privately key her car instead.

Will Parker retaliate with cutting words of her own? Or will she simply sink a little deeper in her bathtub full of $100 bills and let out a little sigh over women who can’t let sleeping dogs lie?

Your guess is as good as mine.

(Just kidding, no it’s not, I do this professionally).