Tiffany Haddish Worked The Bar Mitzvah Circuit Before She Was Famous 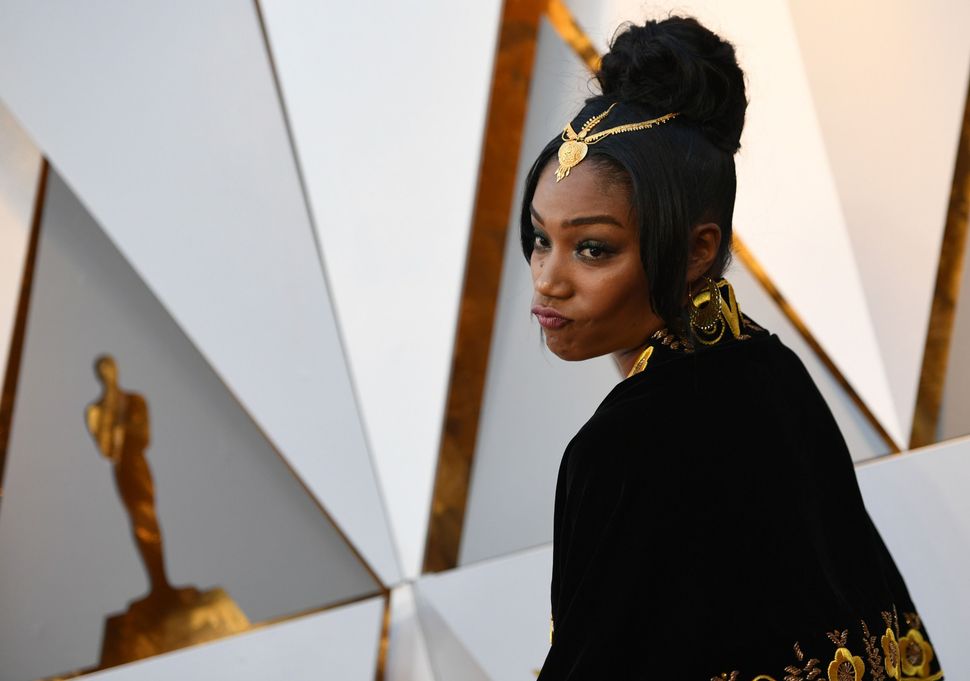 These days, Tiffany Haddish is introducing Academy Award nominees alongside Maya Rudolph and making history as the first black female standup comedian to host Saturday Night Live — but there was a time when you (yes, YOU!) could have hired her to perform at your bar or bat mitzvah.

Haddish said in an interview with Vanity Fair that, in addition to her nightly sets at comedy clubs across Los Angeles, she was also available for bar mitzvahs.

“You know, everybody would be like, ‘Man, Tiffany, you’re so funny.’,” Said Haddish. “But they always used to tell me like, ‘you’re too dirty. You’re too dirty.’ I was doing bar mitzvahs too, but everybody didn’t know that. I was very clean at the mitzvahs.”

Sadly, Haddish is probably now unaffordable for anyone who is not Lena Dunham’s future child but chin up — she also told Vanity Fair that it is her goal to be in 80 movies by the time she is 50, which will be in 12 years.

That means we will be seeing Haddish in roughly 3 1/2 movies a year until 2030, which feels just about right.

Tiffany Haddish Worked The Bar Mitzvah Circuit Before She Was Famous