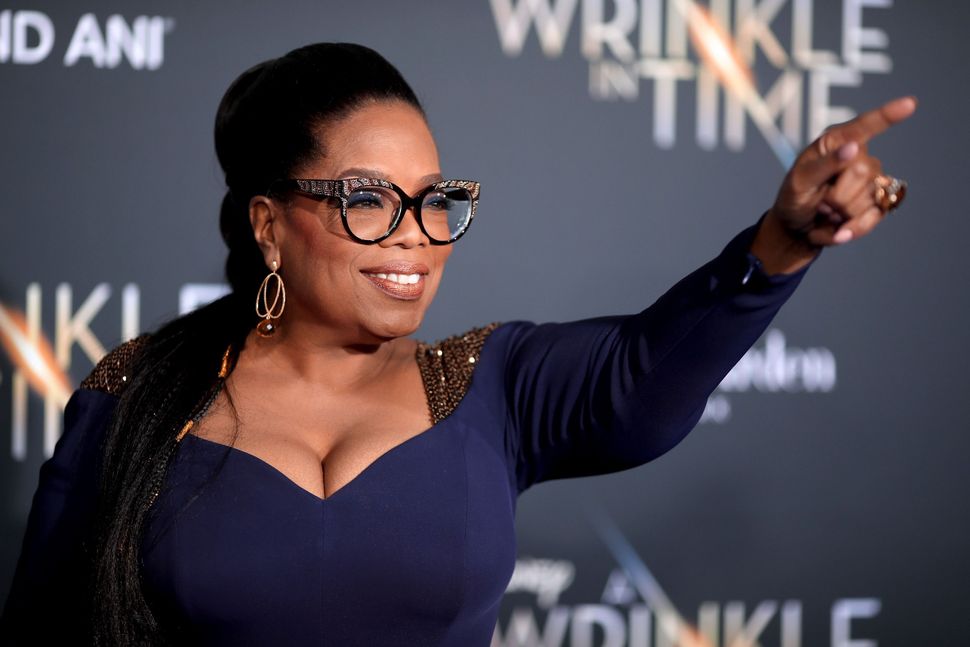 Gwyneth Paltrow’s new GOOP podcast dropped Wednesday and, believe it or not, there was nary a mention of vaginal steaming to be heard. Instead, the episode was 75 minutes of an only rarely interrupted monologue from the Queen, the goddess, the Empress herself — Oprah Winfrey.

Universal reverence for Oprah has become so widespread and assumed that it’s easy to forget why thousands of women consider her the mother they never had. The first episode of Paltrow’s new podcast is a great way to be reminded that Oprah has comfortably maintained Beyoncé levels of fan adoration for decades because she’s … utterly inspiring.

After spending the first hour talking about how she learned to say no (“I used to have the disease to please”), her understanding of spirituality, and why you have to put yourself first on your list of priorities, the conversation took an inevitable turn towards the #MeToo movement and Harvey Weinstein. According to Oprah, although it may seem like the tide took a turn all of a sudden, our society would not be experiencing this moment were it not for the millions and millions of women who endured.

“It took woman after woman after woman unheard, unspoken and now some faces come forward that we recognize and have some resonance with and think, ‘My God! If it could happen to them, then this thing that I’ve been hiding within myself that I was so ashamed of, that I felt guilty about, because I’m just a waitress or a clerk or a secretary or an assistant — wow, if it could happen to them that really means something.’”

Oprah has spoken out about her own experience with sexual abuse, as the victim of molestation at the hands of her uncle when she was a child.

Paltrow and Oprah also discussed her relationship with Harvey Weinstein and the accusations that Oprah had known all along about his behavior towards women.

“What I knew about Harvey was that Harvey was a bully,” said Oprah. “If Harvey was on the phone, you didn’t want to take the call because it meant you were going to get bullied.”

She went on to say that, although she was never a victim of sexual harassment or assault at the hands of Weinstein, he would often pressure her to have certain guests on her show that she didn’t want to and that she would inevitably give in most of the time.

“Of course I didn’t know that any of this was going on,” she said, referencing the dozens of allegations that have come out against the producer. “What I do know, what this moment is trying to show us, what I do question for myself is I was willing to put up with the bullying thing … and I think with this movement will eventually lead us to is not accepting any type of behavior that disparages you as a human being, period.”

Listening to 75 minutes of Oprah talking about her truth is almost enough to make me forget that our heroes always disappoint in the end and the morally chiseled billionaire is a myth of capitalist making.

You can listen to the GOOP podcast on iTunes or wherever you get your podcasts.