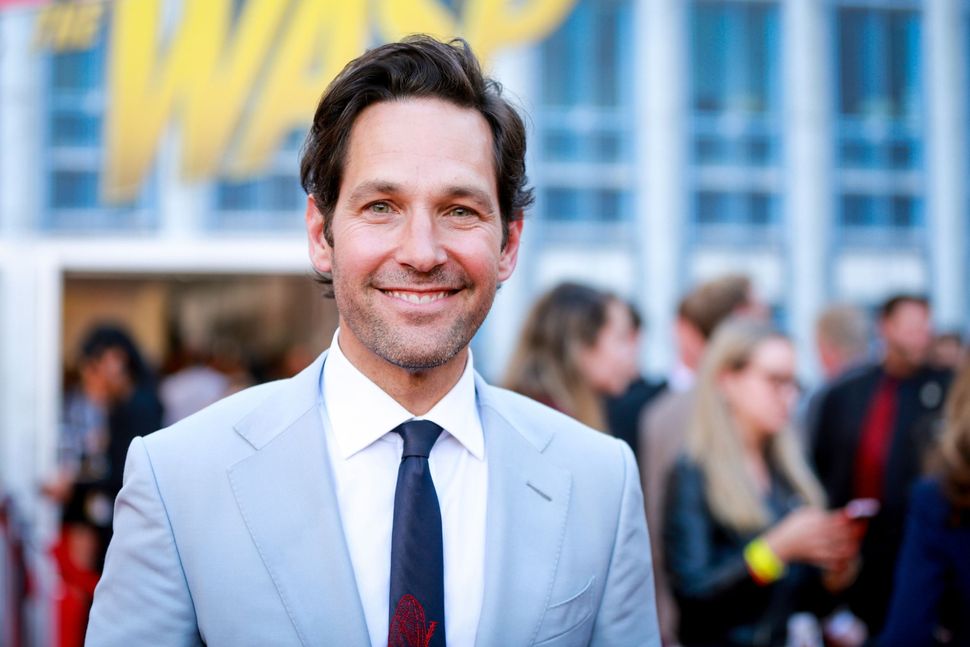 Our tribe’s famous Jewish dream man is at again. Paul Rudd stars as Ant-Man Scott Lang in Marvel Cinematic Universe’s new film, “Ant-Man and the Wasp.” The superhero fiction thriller, not to be confused with 2015’s “Ant-Man”, which viewers described as “messy but enjoyable”, is raking in better reviews than its original debut. On June 25th, the movie’s premier exceeded our wildest (semi-sexual) dreams of the 49-year-old super star.

Rudd, seemed to think so too. “I feel like this is a nice movie to come out after ‘Infinity War,’” he commented, while waiting in line at the film’s New York screening. “[The film] does tie it together and there is a connection, but at the same time it’s not quite as heavy and I feel as if it’s nice to laugh for a little bit for many reasons,” he pointed out, optimistic about how this plot compares to other Marvel movies released this year.

His character, whom the last we heard of was put on house arrest in “Captain America: Civil War” after being convicted for an airport battle between superheroes, returns to fight alongside the Wasp. In real life, Paul Rudd is a superhero of a father to two lucky children, but as Ant-Man he grapples with the consequences of being both a father and a superhero. Just as he begins to acclimate into daily life, he is approached by Hope van Dyne (the wasp) and Dr. Hank Pym to help find Pym’s wife, who they believe might be trapped in the quantum realm (whatever that means to our non-superhero selves).

In other Paul Rudd breaking news — because there clearly is not enough of him to go around — he also stars in “Catcher Was A Spy” as Moe Berg, a hot former Jewish baseball player who joins the World War II effort. The baseball veteran trades in his bat for binoculars as he spies on Germany in the race to build the first atomic bomb. Both storyline’s depict his character as a hero, in some way or another. Before we blurt out any more spoilers, you can watch both films in USA theaters, as early as next week. If we were you, we’d snag tickets ahead of time.

Bonnie Azoulay is a Life intern at The Forward. You can reach her at azoulay@forward.com