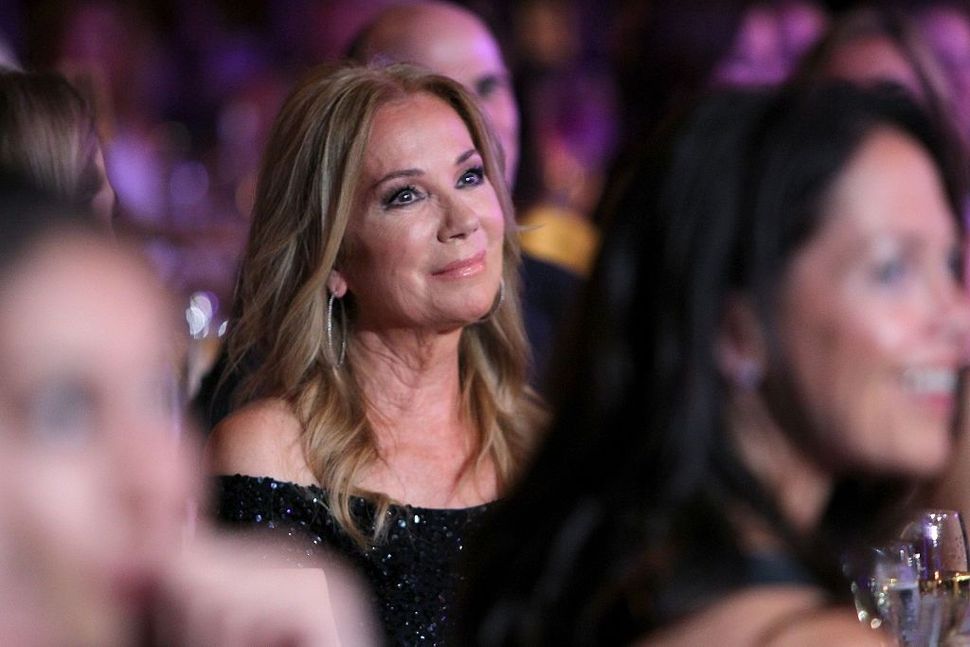 It’s the end of an early morning, brassy-voiced era: Kathie Lee Gifford has announced that she will leave the “Today” show on NBC, which she has co-hosted with Hoda Kotb for nearly eleven years, this April.

Gifford, who on Tuesday morning announced her departure through tears, will be headed to greener — or maybe drier — pastures: the 65-year-old Christian comic and TV host plans to work on a short movie, “The God Who Sees,” in Israel.

“The God Who Sees” is a reference to a description of God in the Torah, “el roi,” which first appears in Genesis. When God goes to Hagar, a maidservant whom Abraham has treated as a concubine and whom Sarah has abused, and tells her she is pregnant and will have a great number of offspring, she praises God, saying, “You are the God who sees.” Despite that interesting connection to the Torah, Gifford, a religious Christian with Jewish roots, is likely making a Christian-themed movie.

Announcing her departure, Gifford honored her co-host, Kotb, with whom she said she “fell in love” during her time as an anchor on the morning show. “We started out as a nothing burger,” Gifford remembered of the show, which clocks in at four hours a day, five days a week. “We do life together,” she said of the “Today” crew. Before her turn on the “Today” show, Gifford co-anchored “Live” with Regis Philbin for fifteen years.