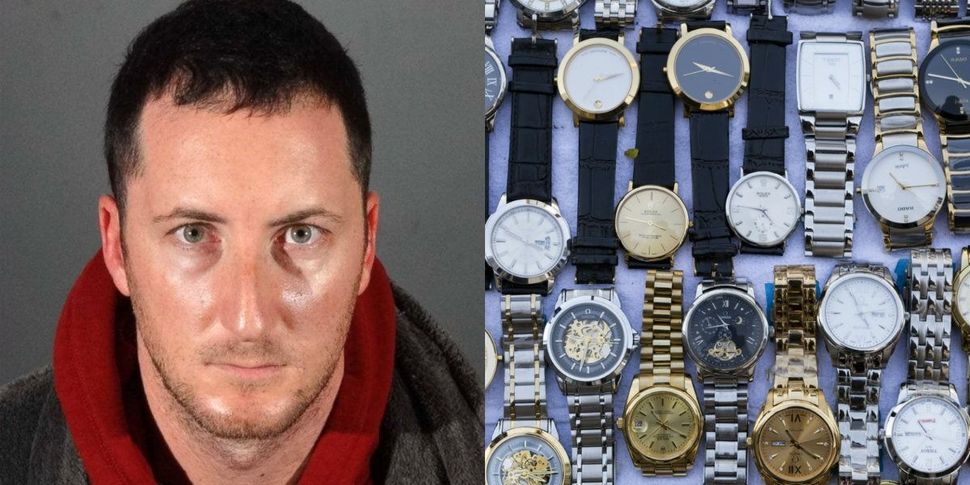 Benjamin Eitan Ackerman has been arrested by Los Angeles police after allegedly stealing millions of dollars in fine wine, art, and baseball cards from celebrities.

In what appears to be a one-man “Oceans 11”-style heist, Ackerman seems to have entered homes of at least 13 victims including entertainers like R&B star Usher and singer Jason Derulo, making off with thousands of high-priced items. Investigators believe Ackerman, 32, cased potential targets by attending open houses, posing sometimes as a prospective buyer and sometimes as a real estate agent, always fashionably attired. “He acted the part,” Detective Jared Timmons of the LAPD, who booked Ackerman, said at a press conference on Wednesday. “He was very slick.”

Timmons believes that Ackerman’s understanding of computer technology allowed him to breach high-level security systems at the houses he burglarized. He allegedly blacked-out security footage or removed security tapes all together. The (amusingly named) LAPD website Hollywoodburglary smugmug displays some of the thousands of items found in Ackerman’s storage unit, in an attempt to reunite them with their rightful owners. Among the designer jackets, Cartier watches, and hundreds of bottles of wine are more curious items — decorative crystals, a painting of Darth Vader, and what appears to be a used wash cloth. Ackerman had allegedly been selling fine art and other items in New York.

Ackerman was arrested on September 20, 2018, and has been released on $1 million bail.

Respectfully, we would like to know how anyone could get away with smuggling some of these items. A box of Chopard diamonds is one thing. A double bass is another level of chutzpah entirely.