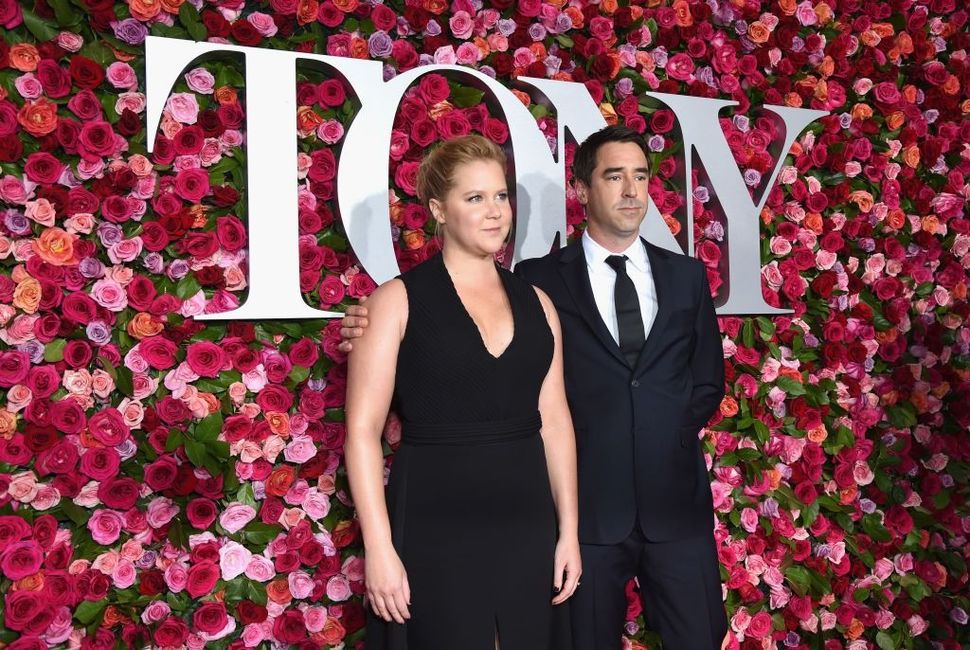 Don’t look now, but Amy Schumer is treating a marginalized and misunderstood group with total respect.

On Tuesday, the firebrand comic dropped her newest standup special, “Growing,” on Netflix. It contains risky material about how her husband Chris Fischer has an autism spectrum disorder. The choice to share his diagnosis was mutual, she says. And joyful. “We both wanted to talk about it because it’s been totally positive,” she said on “Late Night With Seth Meyers.”

Both Schumer and Fischer, who married in 2018, advocate for diagnosis and education when it comes to autism spectrum disorders. “I think a lot of people resist getting diagnosed and even some of their children because of the stigma that comes along with it,” she told Meyers.

The subject matter shouldn’t work, but it does — it seems to come from a wholly genuine, loving place. Having a husband with the disorder has resulted in “A lot of ‘huh!’ moments,” Schumer says in her special. Fischer, a successful chef, doesn’t respond to situations in a typical way, doesn’t lie (“Isn’t that the dream man? A guy who can’t lie?”) and doesn’t always interpret emotions correctly.

“And once he was diagnosed, it dawned on me how funny it was, because all of the characteristics that make it clear that he’s on the spectrum are all of the reasons that I fell madly in love with him,” Schumer says in the special. “That’s the truth. He says whatever is on his mind. He keeps it so real.”

Schumer, typically a lightning rod for controversy, has been lauded by the autism community for sharing a publicly positive attitude towards the deeply misunderstood disorder.”[Schumer] saying there are adults with autism who are successful really might get more people to understand,” Molly Ola Pinney, founder and CEO of the Global Autism Project, told USA Today. Others praised Schumer for not treating autism or autism-spectrum as something that makes a person undesirable or unworthy.

.@amyschumer don’t let anyone give you shit. My wife is on the #Autism Spectrum & she’s my world. We found out later as well. It’s not always easy but I love everything about her. Your husband sounds awesome and I’m thrilled for you both. Thank you for sharing.☺ ?

Schumer, who was heavily pregnant during the filming of the special, still found time to talk about vomit, periods, and congressmen who seek to legislate women’s bodies, like the well-known “Lindsay Mammogram.” But her words about her husband were a highlight — when she asks if her outfit looks bad, she says, he sometimes responds, “Yeah, you have a lot of other clothes. Why don’t you wear those?”

Thanks for keepin’ it real, Chris and Amy.