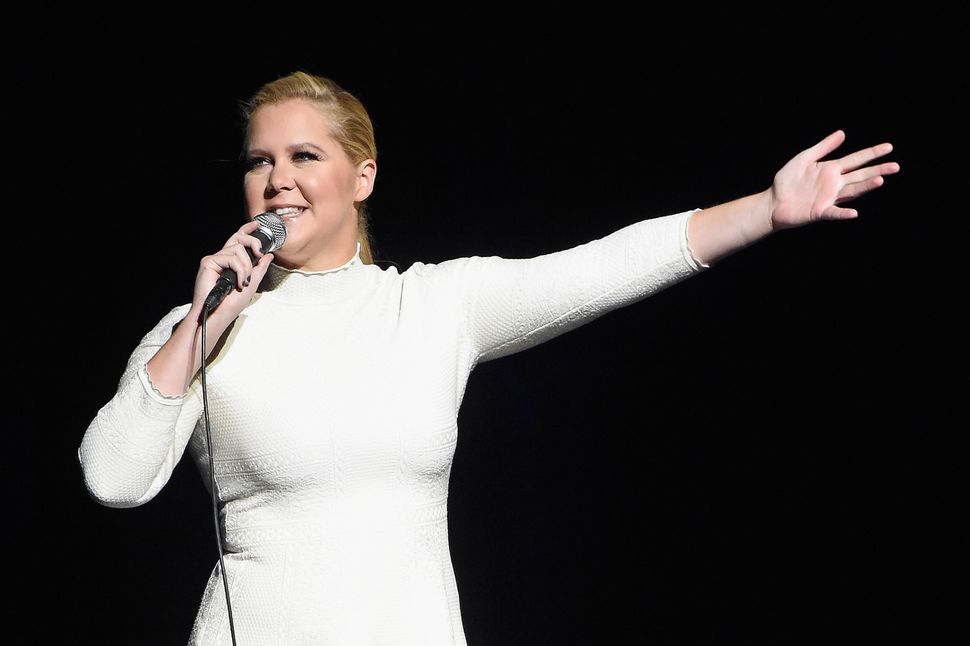 Amy Schumer, with a big announcement Image by Getty Images

Giving a whole new meaning to the title of her famous sketch show, Jewish comedian Amy Schumer has announced that she is expecting a baby with husband Chris Fischer.

Schumer announced her news on Instagram, photoshopping her and Fischer’s face onto the bodies of Prince Harry and Meghan Markle, another expectant couple.

About to announce some exciting news on @jessicayellin insta page. Please follow her for up to the minute #newsnotnoise she breaks down what’s really going on. She agreed to post a lil noise today for me! Follow her and VOTE!!

The 37-year-old multi-hyphenate comedy talent married Fischer in a surprise wedding in February on Martha’s Vineyard, and kicked off their first year of marriage by consuming half of the pasta in Italy. Then, Schumer made the hit movie “I Feel Pretty,” and consistently worked within social change movements, just recently getting arrested for protesting the Kavanaugh Supreme Court confirmation. Now, she is having a baby.

Quick question: Is it possible that while Amy’s haters have been hating, she has been living the best life possible on this earth? Before you answer that, note that her husband Chris is a professional chef.

We can’t wait to meet mini Amy. We want to see that baby cursing, hosting SNL, and discovering its nascent feminism. Or else, getting really into cooking pasta will work.