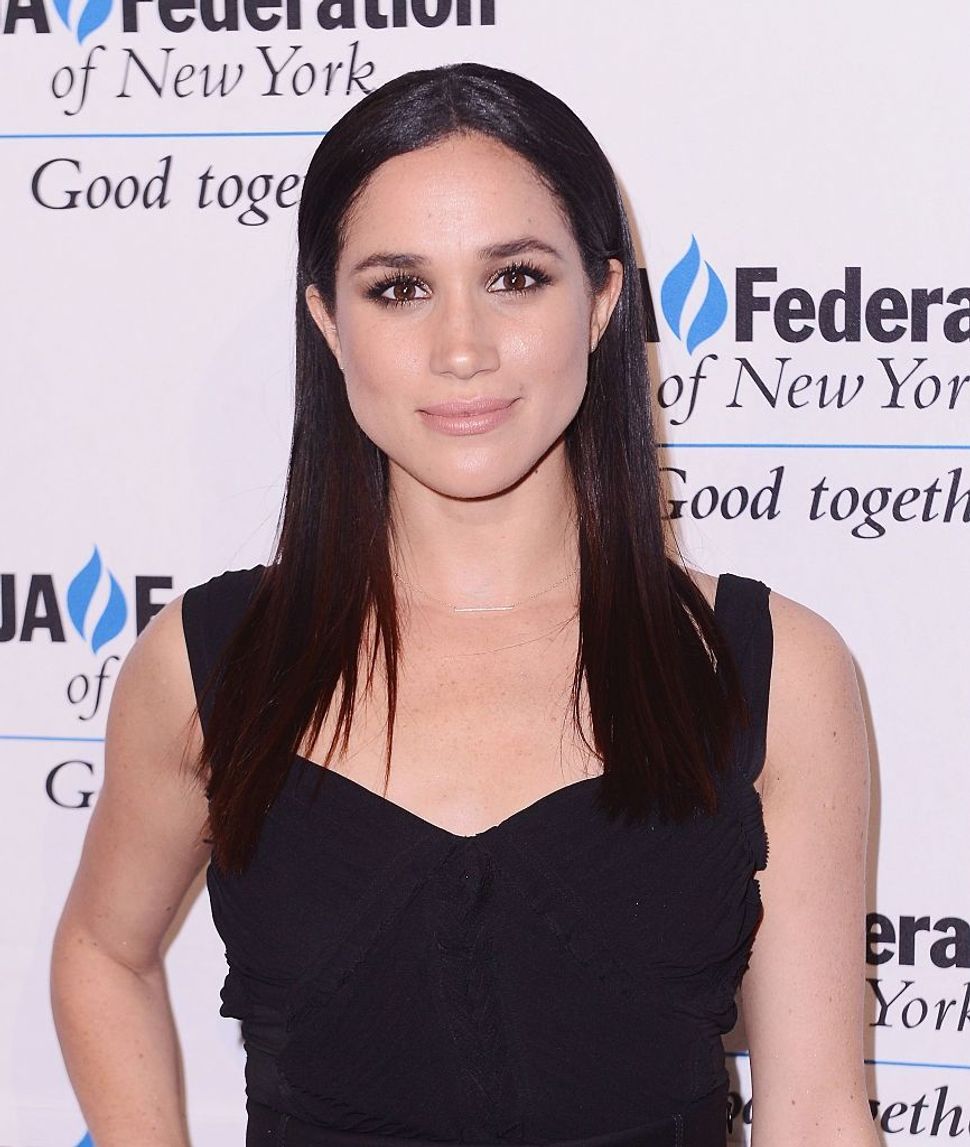 Jewish and black girls have been mocked for their hair, their bodies and their other-ness. But they might be about to get a heroine at Buckingham Palace.

It’s a real-life fairy tale for everyone who has been feeling like a pre-ball Cinderella in the Trump era: Prince Harry, the international playboy and longtime sex-symbol who is fifth in line for the British throne, has announced his engagement to Meghan Markle, an American actress.

Markle is known for her work in the American TV show “Suits”. Her mother is black and her father is white. And though many publications have reported that Markle’s father is Jewish, a publicist denied that she herself is a member of the tribe.

“Just to clarify…she is not Jewish,” said Chantal Artur, the publicist, in an email, without elaborating.

Markle, who told Elle that she answers the question “What are you” every single week of her life, has not spoken to the media about her religious background or that of her father.

But she has given some serious Queen Esther vibes. Here are 4 kind of, sort of Jewish things about her:

If it were only the name Rachel, dayeinu. If it were just the “Jewish chair dance”, dayeinu. But the greatest evidence in this biur chametz-like hunt for crumbs of Markle’s Jewish identity is that a spokesman for Westminster Abbey confirmed on behalf of the Church of England that, if they choose, Markle and Prince Harry will be able to marry within the church in an “interfaith” marriage, regardless of Markle’s “Jewish background”.

This brings us to the next booshah-turned-equality-milestone, which is that Markle has been married and divorced. And according to the Church of England, if that’s good enough for Henry the 8th, it should be good enough for his fellow ginger ladykiller (so to speak,) Prince Harry.

So, when Markle and Harry marry, Markle will be the first black, Jewish, divorcee, American princess in English history. It’s worth noting that Markle is also three years older than the Prince, making their marriage a triumph for several pie slices in the chart of disadvantaged identity groups.

This may also be the first time an actress famous for a movie called “Horrible Bosses” gets to meet the Queen of England.

The cherry on top of the sufganiyot-Kwanzaa-cake hybrid? Markle is a noted feminist. She serves as a UN Women advocate and an ambassador for World Vision.

As they say in another story of unlikely royalty, “The Prince of Egypt”: “There can be miracles when you believe”.