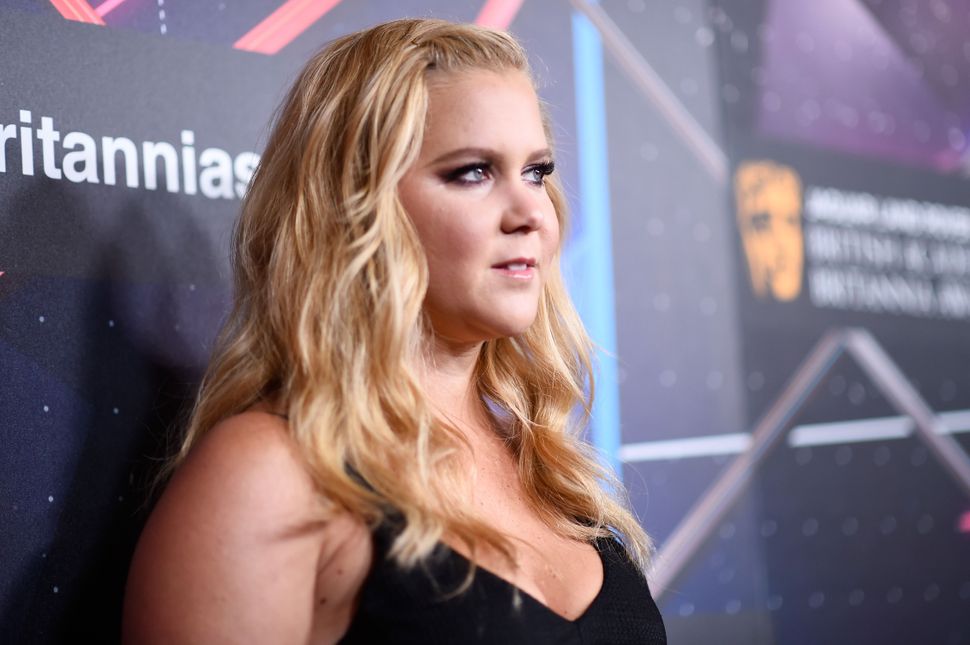 In ‘I Feel Pretty,’ Renee Bennett (Amy Schumer) hates herself. She hates her face and she hates her body. She hates her clothing and her job and her office. She hates her life. Then she hits her head and believes she has transformed into the form of a runway model, and every aspect of her life changes, making her happy. The changes in her life happen, of course, not because of her looks but because of her confidence. She learns this and tells others. The end.

This simple premise has elicited rage and hurt from many people, especially women.

When female fury happens en masse, we would be stupid to ignore it, discount it, or condescend to it. And complaints against the movie are legitimate — Schumer is another white woman headlining an almost entirely white movie. The movie, like most mainstream movies, has various items and ideas to sell its viewers. And it’s just not that well-written.

But there is a boiling fury, one that has shown up in reviews like in the New York Times, and Entertainment Weekly, and all across Twitter since its trailer’s release months ago. It’s something like this:

Amy Schumer, who is approximately average-sized, white, blonde, and conventionally pretty, should not see herself as ugly enough to make a movie about feeling ugly.

Essentially, Amy Schumer acting as a stand-in for ugliness and fatness elicits rage.

I had such high hopes but once again it’s the same narrative of a “bigger” girl being ugly. Implying that the only way we could be happy with ourselves is after a head injury that makes us “feel pretty” is just bullshit. ??‍♀️? https://t.co/ARSXuRblpL

But in “I Feel Pretty”, Amy Schumer makes no attempt to represent beauty or ugliness, fatness or thinness. She represents women who hate themselves and their bodies.

The ugly truth is that women like Schumer, women like Schumer’s preternaturally thin co-star Emily Ratajkowski, and women like the array of millions who saw “I Feel Pretty” this weekend feel ugly all the time. And it’s not that fun to watch a movie about that.

The question critics should be asking isn’t about the legitimacy of Schumer’s claim to ugliness, it’s about Schumer’s claim to her feelings of ugliness. Sofie Hagen, a comedian whose tweets criticizing “I Feel Pretty” went viral, wrote of “I Feel Pretty,” “Who is this meant to resonate with? Before we can enjoy the premise, surely we have to buy into the fact that she is not pretty. How many of us are bigger than her? Are we supposed to accept that THIS is ugly when it’s all we’ve been taught that we should aim for?”

Hagen’s response is so raw and recognizable and painful. In fact, it issues from the same place as Schumer’s character’s pain — the pain of knowing your merit is judged every single day by your appearance, and that as much as you try not to care, those judgments have the power to affect your happiness. Renee (Schumer) and Hagen, who says she is “bigger” than Schumer, both feel ugly. Hagen feels that Schumer, whose performance as Renee feels stunningly personal, shouldn’t be publicizing the fact that she feels ugly. But the point of “I Feel Pretty” is that the enemy is not hyper-thin women or average-sized women or any woman or man at all. The enemy of women is intense beauty standards. The enemy of women is the patriarchy. It gets in the way of women’s careers, friendships, sex lives, and happiness. That is the touching, clumsily delivered, not very funny message of “I Feel Pretty.”

Once Renee (Schumer) stops worrying about her looks (albeit because she believes they’re perfect), she uses the skills she already has to finagle her dream job, a boyfriend whom she loves, and happiness. She also becomes vain, but she readjusts when she realizes that her looks haven’t changed — she achieved her goals by being herself. “I Feel Pretty” claims that if women did not feel constantly judged by their appearances they would have more time and space to feel happy and be more successful. To make that claim, the movie uses an army of skeletal models and a lot of branding for “Soul Cycle,” which is distracting. But the point, a point Amy Schumer has made in every step of her comedy career, is that all women are deeply and negatively affected by obscure beauty rules set by men. That’s worthwhile.

Fighting with each other about who gets to feel most injured by the patriarchy only delays its destruction. All anger and pain about body image and the violent consequences of beauty standards are legitimate, and the sooner we realize that self-hate is equal opportunity, the sooner we create a solution that is beautiful.