Menu
HomeWhere Are You?

I’m lying on my back on the sofa bed in my parents’ living room. It’s dawn here on the East Coast; the soul of this house still sleeps. My attention is drawn up to a skylight where I see the arms of an elder oak swaying slowly, as if ushering remnants of night beyond the horizon. And then I hear it — the call and response of blue jays singing out to each other across the woods: “Where are you?” “I’m here!” “Where?” “Here!” Though I’m aware that avian-speak is biologically motivated (to establish and defend territory, attract a mate, and even, debatably, to show off), my thrill and appreciation for such bird song is undiminished.

My experience with the dialogue between birds feels no less mysterious and dynamic than the biblical account of call-and-answer captured compactly in the words “Ayeka” (“Where are you?”) and “Hineni” (“Here I am.”). Ayeka is first found in the book of Genesis; the scene unfolds like this: Sensing God’s presence among the trees in the garden, Adam and Eve (fruit on their faces, juice on their lips) hide among the trees. “And God called out to Adam, and God said to him, “Ayeka, where are you”? (Genesis 3:9)

Our sages were troubled by the implications of this question. God, who just a few verses earlier had set the sun and moon in motion and given boundary to the oceans, couldn’t locate Adam? To counter their discomfort, the sages began to excavate meaning from beneath the surface of the question. Rabbi Shneur Zalman (an eighteenth-century Russian Hasid) taught that God wasn’t seeking Adam’s coordinates, but offering Adam an opportunity to come clean for the infraction of eating fruit from the tree of knowledge. (Genesis 2:17) In being asked ayeka, Adam was invited into dialogue with his Creator and into an intimate space where he might become accountable. Instead, Adam’s impulse was to hide, to evade God’s question with a non-answer: “I heard you, I was scared, and I hid.”(Genesis 3:10) Adam did not respond, “Hineni” — “Here I am” — and thus forfeited the chance to right a wrong, to be seen, and, on a psycho-spiritual level, to exercise self-reflection and grow.

The question of ayeka is put to others throughout the collective Jewish canon. In contrast to Adam, Abraham’s answer to God’s directive — that he sacrifice his son Isaac on Mount Moriah — is immediate: “I am here” — “Hineni.” At the core of Abraham’s response is readiness and faith. On the trek up the mountain, Isaac also called to his father, and Abraham responded with clarity: “Hineni” — “I am here, son.”

While our empathy for Abraham might be clouded by feelings of repulsion and confusion at his readiness to sacrifice his son, the call to accountability, to partner with God, is a humbling, potentially elevating invitation. In that split second between hearing and responding, Abraham is fully present to God. His hineni creates a bridge between heaven and earth, with himself, the keystone, at its center. Abraham’s example becomes our challenge: How do we balance faith, the impulses of our heart, and our commitment to others? Rashi comments that the question behind God’s question to Adam, to Abraham, and to us when asking ayeka is essentially this: “Where are you in this moment, what are you doing, and where are you going in this life?” (Rashi commentary on Genesis 3:9)

Many years ago, I came across a teaching of the Hasidic master, Rabbi Nachman of Bratslav, who lived in Poland during the later part of the 19th and early 20th century. He taught that God requires us to live with heightened sensitivity and greater awareness to the song of our soul and the voice of others, and that we should learn the language of every living thing. (Mysticism and Madness: The Religious Thought of Rabbi Nachman of Bratslav, Zvi Mark, pp 110 – 114) Our spiritual wellbeing depends upon it, just as the survival of blue jays is dependent upon hearing and responding to the call, “Where are you?” “Over here!” “Where?” “Here!” 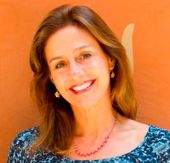 Rabbi Batshir Torchio is senior educator at the Jewish Community Center in San Francisco. She serves on the board of the Brandeis School of San Francisco, where she taught Judaic studies for eight years, and also on the rabbinic advisory board of Shalom Bayit, the Bay Area’s Jewish center for domestic violence prevention and response. She has a master’s degree in interdepartmental Judaic studies from the Jewish Theological Seminary, and she was ordained at the Academy for Jewish Religion in Los Angeles.