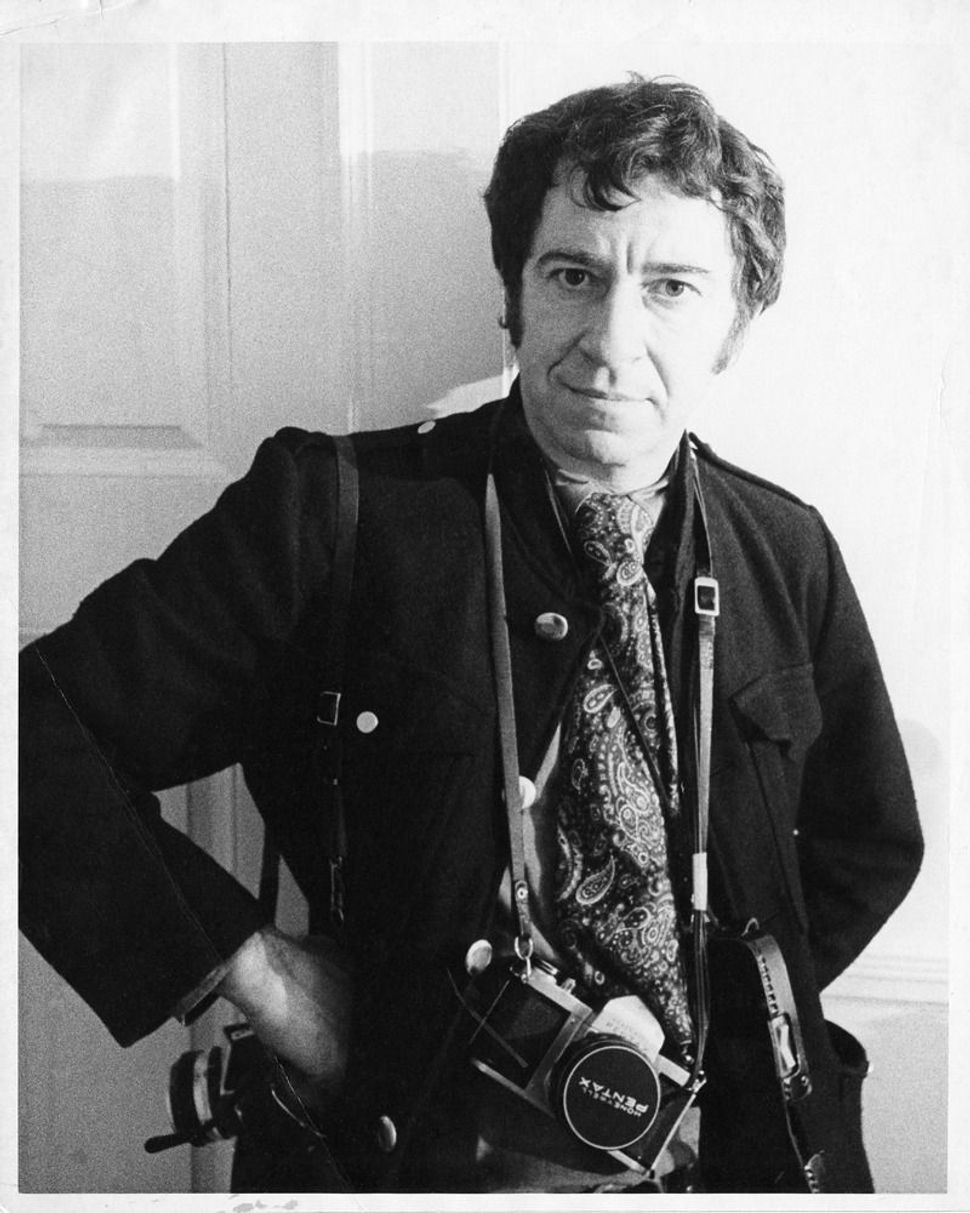 Photographer David Attie, who is famous for his portraits of Bobby Fischer and Lorraine Hansberry. among others. Image by Courtesy of Eli Attie

In the summer of 2016,the Brooklyn Historical Society’s exhibit “Truman Capote’s Brooklyn” brought new attention to the late photographer David Attie. Attie, who died in 1982, was perhaps best known for his portraits of such luminaries as Capote, Lorraine Hansberry, Leonard Bernstein, Bobby Fischer and Ralph Ellison.

Attie had been a commercial illustrator in the 1950s — working on advertisement and book cover designs — before he made the switch to photography.

Recently, Attie’s son Eli — a TV writer and former Washington speechwriter who wrote for “The West Wing” and worked for Al Gore — discovered a trove of unpublished photos of Isaac Bashevis Singer. The photos, which feature Singer on the Lower East Side and, in one case, in front of a Forward delivery truck, were taken in 1968 for Amerika (aka America Illustrated), a U.S. government publication distributed in the former Soviet Union. To our knowledge, most of these photographs have never been published before. Singer stands in front of a Forward truck parked outside of the Forward building, where he worked as a staff writer. Photo by David Attie Singer poses near representatives of the old generation and the new — characters who wouldn’t have seemed out of place in his stories. Photo by David Attie Singer near the intersection of Canal Street and Rutgers. In the background, the Garden Cafeteria which Singer and other Forward writers frequented. Photo by David Attie Singer at the Forward with Maurice Winograd, who was a poet, the arts editor, and travel secretary for Ab Cahan. Photo by David Attie Photographer David Attie, who is famous for his portraits of Bobby Fischer and Lorraine Hansberry. among others. Courtesy of Eli Attie