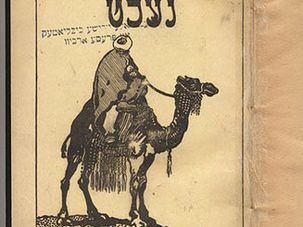 It was reported today that a group of Islamist lawyers in Egypt is calling for “The Arabian Nights,” also known as “One Thousand and One Nights,” to be banned as obscene. A new 3-volume translation of “Alf laila wa-laila” will coincidentally be published by Penguin Classics on May 25, complete with all of the time-honored spicy tales, many of them involving the lubricious real-life gay poet Abū-Nuwās.