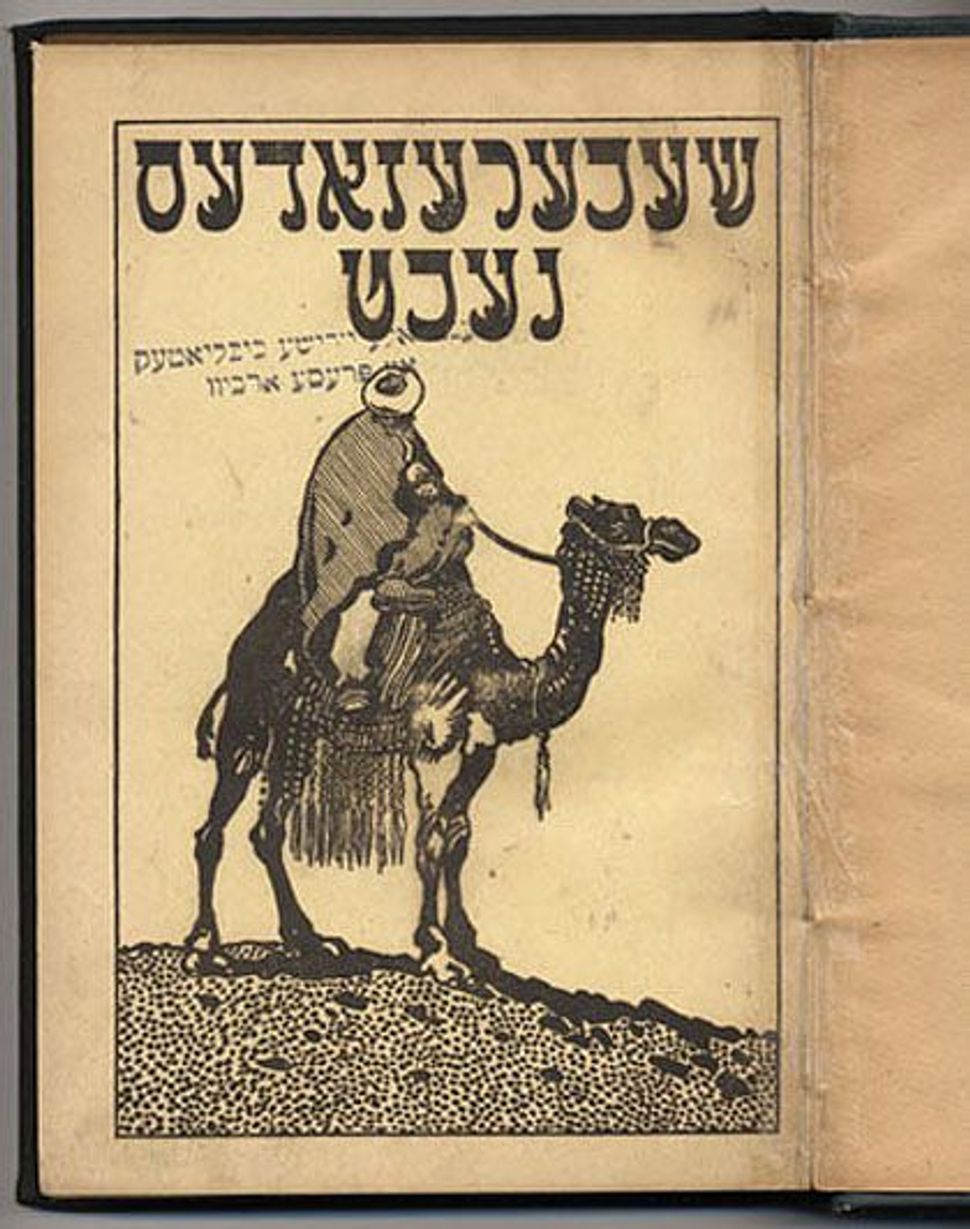 It was reported today that a group of Islamist lawyers in Egypt is calling for “The Arabian Nights,” also known as “One Thousand and One Nights,” to be banned as obscene. A new 3-volume translation of “Alf laila wa-laila” will coincidentally be published by Penguin Classics on May 25, complete with all of the time-honored spicy tales, many of them involving the lubricious real-life gay poet Abū-Nuwās.

An important 9th century writer, Abū-Nuwās has himself been denounced lately for his indulgence in wine, women, and boys. Beyond morality or Disneyfication, “The Arabian Nights” may be saddled with even more worrisome baggage for Islamic integrists. A 1996 article, “The Jews and ‘The Arabian Nights,’” by librarian Victor Bochman, from The Israel Review of Arts and Letters, details the amount of Yiddishkeit to be found in “The Arabian Nights.”

As Bochman points out, some of its stories are of Jewish origin, such as “The Tale of Bulukiya,” about the son of an Israelite king. King Solomon plays an important role in several other tales, wielding power over genies and the book of Ecclesiastes provides two proverbs quoted in “The Tale of Sindbad the Sailor.”

The earliest surviving use of the title “One Thousand and One Nights” is on a 12th century loan record from a Jewish bookshop in Cairo. The first European translation of the tales from 1704-1717 was rapidly followed in 1718 by a Yiddish adaptation. A more precise Yiddish translation had to wait until 1796, and in Judeo-Arabic until 1882, when an Algerian Arabic version was printed in Hebrew characters. By the end of World War I, Ladino and Bukharian-Jewish versions were also available. A complete Hebrew translation was published in Jerusalem in 30 volumes from 1950-1971. Great Jewish scholars like Ignác Goldziher and Joseph Horovitz have explicated the text as well. Could the Egyptians lawyers suspect that “The Arabian Nights,” is just too Jewish to be kosher for Islamic readers?

Watch a short video of Jaffa’s Arab-Hebrew Theater’s production of “1001 Nights” below: