The caller at a suburban New York synagogue’s bingo game has been charged with fraud for fixing the games. 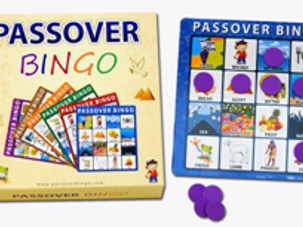 Passover, which starts on March 25 this year, is just around the corner. Families can keep children involved in the Seder with Passover Bingo, a board game invented by Denver lawyer Tamara Pester.