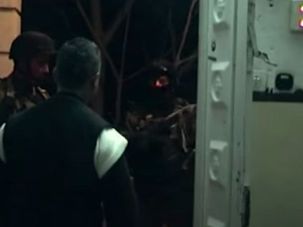 A new Israeli-Palestinian documentary short film exploits the three-way relationship between artist, audience and subject to reveal an unexpected intimacy between occupier and occupied. 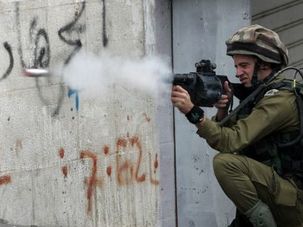 Three times as many Palestinians were killed in the West Bank in 2013 as were in the previous year, according to an Israeli human rights watchdog. 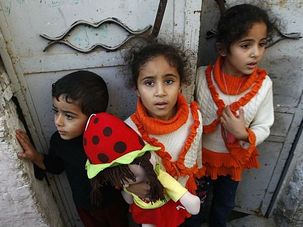 Most Victims of Israel Strikes on Gaza Were Palestinian Civilians, Children

More than half those killed killed during Israel’s operation in the Gaza Strip last November were innocent civilians and a third were children, the Israeli human rights group B’Tselem said in a report released this week. 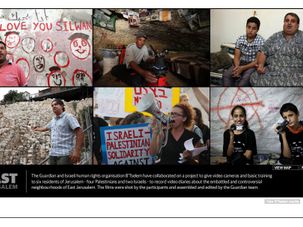 Using Videos, Jerusalem's Arabs and Jews To Shoot the Inside Scoop

As intractable as the Palestinian-Israeli conflict is in general, it is at its most contentious and high profile in the East Jerusalem neighborhoods of Silwan and Sheikh Jarrah, where small enclaves of diehard religious Jewish settlers live in overwhelmingly Palestinian neighborhoods.