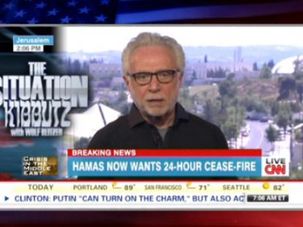 What Media Bias? Stephen Colbert on the War in Gaza

Stephen Colbert spoofed the idea of objectivity in Mideast reporting. Mocking Wolf Blitzer, Colbert pretended CNN had even switched the name of his popular show.

Stephen Colbert was left blushing after a visit from Regina Spektor, the Russian-born beauty who was promoting her new album, “What We Saw From The Cheap Seats.” The two spoke about immigration, Soviet spies and Spektor’s upcoming visit to Russia for the first time in 23 years. 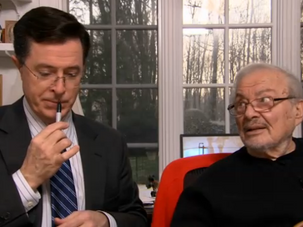 “Where the Wild Things Are” writer Maurice Sendak turns out to be the cranky Jewish grandfather fans of “The Colbert Report” wish they had.

Jeff Goldblum Performs a Bris, On a Cigarette 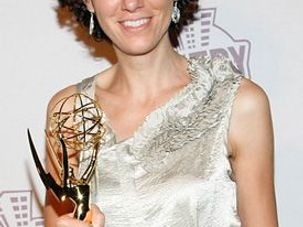 Allison Silverman, the sharply funny Jewish woman behind comically Catholic blowhard Stephen Colbert, is stepping down after a long run with the show as co-head writer and, later, as executive producer.

Oh, to be young, Jewish, and the State Department’s tutor on how to tweet.