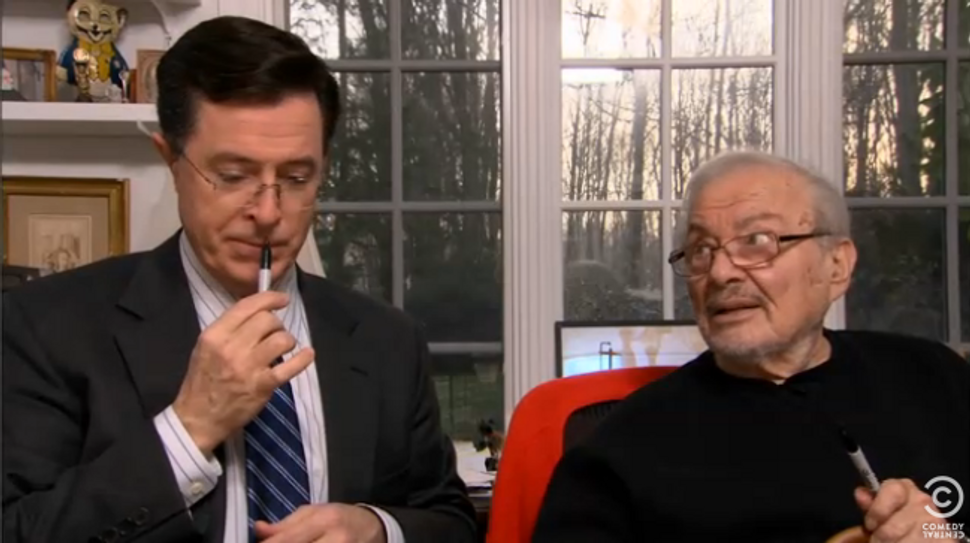 “Where the Wild Things Are” writer Maurice Sendak turns out to be the cranky Jewish grandfather fans of “The Colbert Report” wish they had. 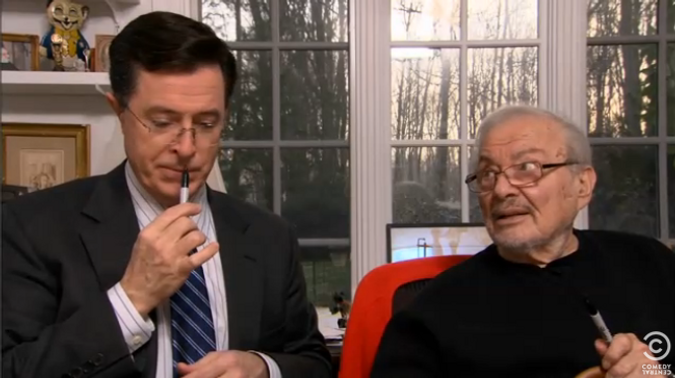 The 83-year-old author has been featured the past two nights on the Comedy Central series, in an interview producers apparently liked so much they stretched it across multiple episodes. Shot at the artist’s home, the interview features Sendak being characteristically feisty and sharp-tongued, describing GOP presidential candidate Newt Gingrich as an “idiot,” and later calling his interviewer the same name. (“That is an interesting point of view,” Sendak at one point says, responding to a comment by Colbert, “but not interesting to me particularly.”)

Colbert’s questions touched briefly on the gay element of Sendak’s identity, but not on his Jewish background — at least not directly. Introducing Sendak’s latest book, “Bumble-Ardy,” Colbert at one point tells viewers, “I highly recommend the book — unless you are Jewish. You can’t read books about pork” — a reference to the pink pig on the cover. “Stick with ‘The Velveteen Rabbi.’ “