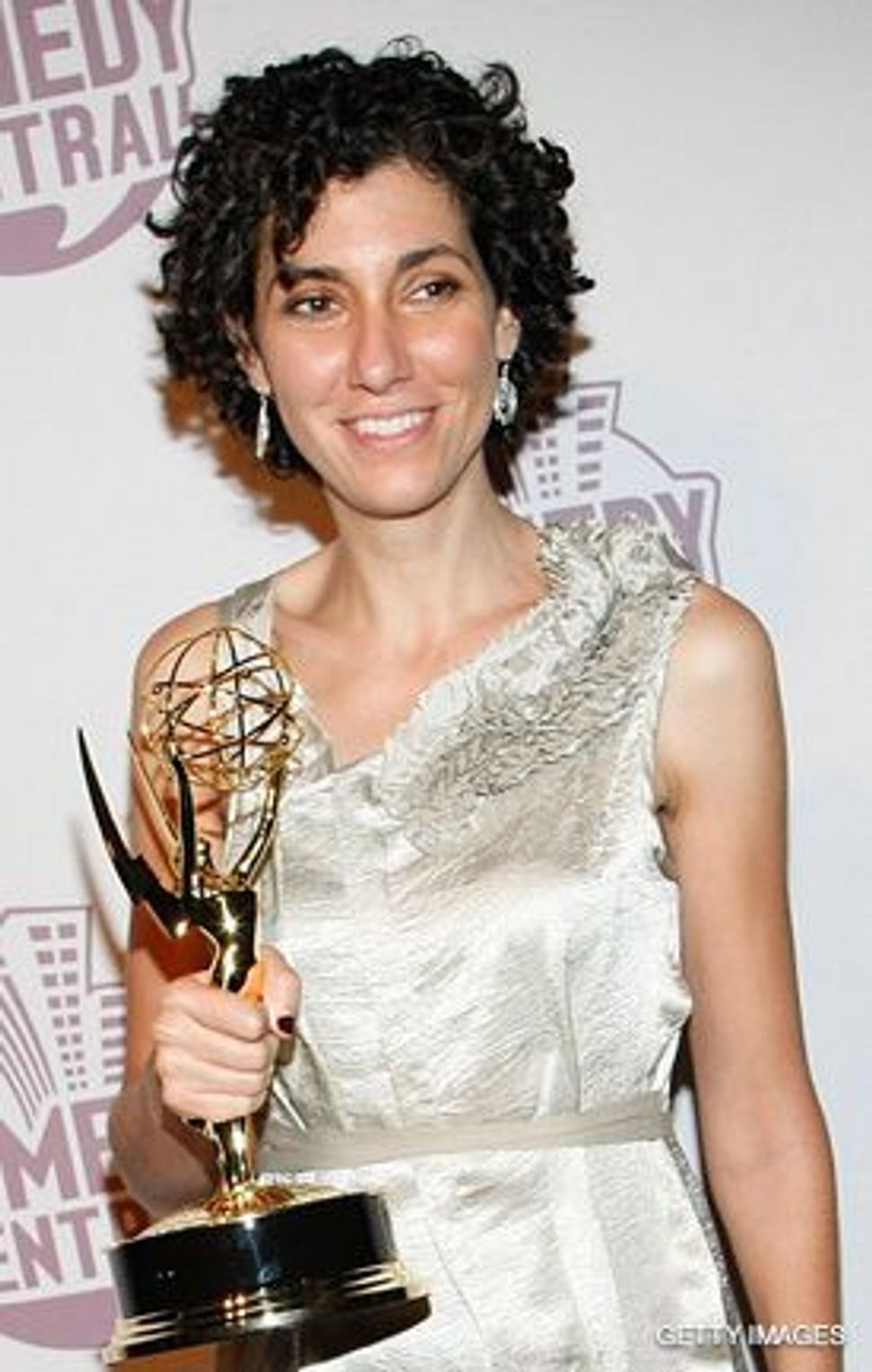 Allison Silverman, the sharply funny Jewish woman behind comically Catholic blowhard Stephen Colbert, is stepping down after a long run with the show as co-head writer and, later, as executive producer.

She’s been there from the show’s conception, through numerous awards and accolades to its continuing status as must-see TV at the intersection of humor and political commentary. Silverman, a veteran of the Chicago improv scene, previously won Emmys as a member of the writing staff for the “The Daily Show” and “Late Night with Conan O’Brien,” before launching Colbert — a far-right wing, conspiracy-theory spouting, narccissistic and unknowingly self-mocking pundit — into being. As Noreen Malone at Double X points out one has to wonder whether the show will lose some of its funny without her — Silverman is widely understood to be the biggest creative force behind “Stephen Colbert” the character besides Stephen Colbert the comedian.

I used to think that Stephen Colbert got his F.O.J status — the one that lets him practice his Shofar-blowing skills on the air — solely from working for Jon Stewart for years. But then I learned more about Silverman, a Florida Jew herself, whose own sense of humor is apparent in her crackling interviews. “I think if you’re born into a minority group, you’re taught to question authority. And questioning authority is a lot of what makes comedy work,” she told The Jewish Week. Plus, “It’s a good way to pass the time while waiting for the Messiah.”

Responding to the question of whether women can be funny, famously brought up by Christopher Hitchens in Vanity Fair: “Reading that Christopher Hitchens piece [about how women aren’t funny], I didn’t get upset at all. It was just an old man yelling at cars from his yard,” Silverman said at the New Yorker festival. When Variety asked Silverman “If not Hillary, then who?” during the 2008 election season Silverman responded “To paraphrase a great man, ‘Some see Hillary as she is and say then who? I dream of Hillarys that never were and say who not?’”.

According to the Times, Silverman decided to leave the Colbert Report in the middle of its current three-week hiatus because she could no longer stomach the show’s highly demanding schedule. But is it too much hope we’re not robbed of her comic talent for long, and she finds an outlet that allows her to shine in the spotlight as well as behind the scene? And let’s also hope that despite her absence, during the high holidays Stephen still brings back the “atone phone” (1-800-OOPS-JEW) that allows his Jewish friends to spill out their sins to his sympathetic ear.