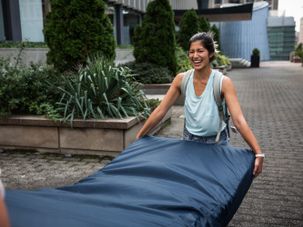 Sulkowicz is known for “Mattress Performance (Carry That Weight)”, a performance art piece about their alleged sexual assault at Columbia University. 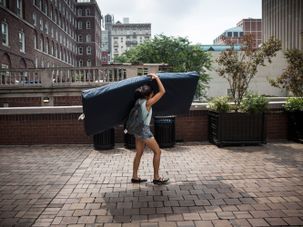 Columbia University on Friday won the dismissal of a lawsuit by a graduate over the school’s decision to allow a student who accused him of rape to carry a mattress around campus in protest, even though Columbia had cleared him of the allegation.

Columbia University on Friday asked a federal judge to dismiss a lawsuit by a recent graduate who said it allowed a student who accused him of rape to harass him by carrying a mattress around campus in protest, even though the school had cleared him of the allegation.

This Is Not About Emma Sulkowicz's Rape — It Is About You

A large portion of the Internet has dismissed Emma Sulkowicz’s new project. What they don’t seem to understand is that the video isn’t the art piece. They are. 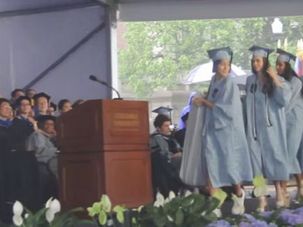 Emma Sulkowicz graduated from Columbia University this week, and carried her mattress with her. The ceremony came less than a year after she started her protest of the administration’s response to her rape complaint.

A Columbia University student who officials cleared of rape allegations has filed a lawsuit claiming the school allowed his accuser to harass and defame him by permitting her to carry a mattress on her back on its New York campus as a protest.

Emma Sulkowicz, whose decision to carry a mattress all around Columbia to protest campus rape made headlines earlier this year, will be attending the State of the Union.