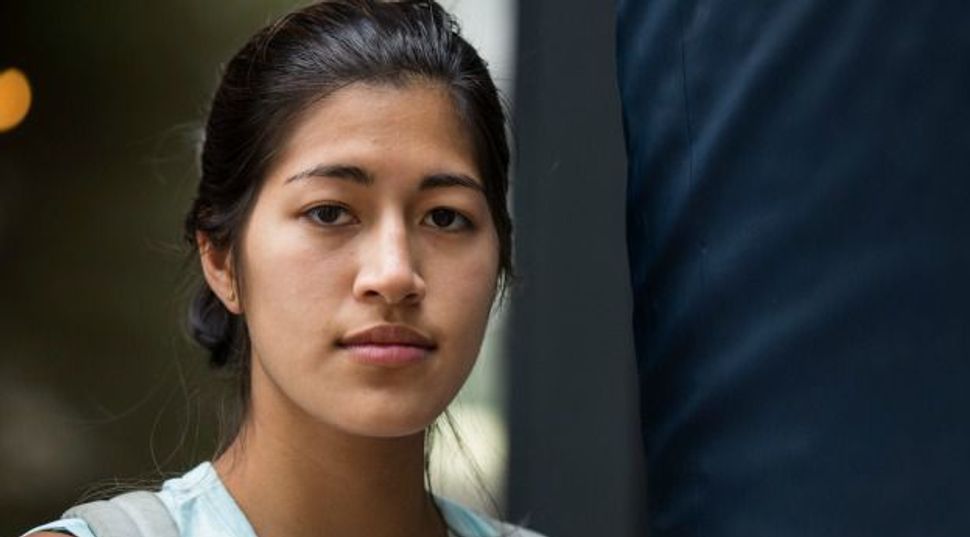 22-year-old Emma Sulkowicz made headlines this year when she protested Columbia University’s decision not to expel her alleged rapist by carrying her dorm mattress around with her. All over campus. All the time.

Now, Sulkowicz (sans mattress, sadly) will be attending the State of the Union address along with New York Democrat Kirsten Gillibrand, the New York Daily News reports. President Obama is expected to expand on his plan to offer all Americans two years of free community college. But Sulkowicz’s presence shows that college tuition isn’t the only issue at stake on the nation’s campuses.

“I hope he will also talk about working with our bipartisan coalition in Congress to make campuses safer, too,” Gillibrand told the Daily News. “I hope the President will seize this opportunity to shine a national spotlight on the need to flip the incentives that currently reward colleges for sweeping sexual assaults under the rug.”

Sulkowicz, who identifies as “Japanese-Chinese-Jewish” according to an interview with New York Magazine, says that she was raped by a classmate in August 2012. She filed a complaint against Paul Nungesser in 2013 after two other women came forward saying he had assaulted them. Columbia found him “not responsible” in all three cases.