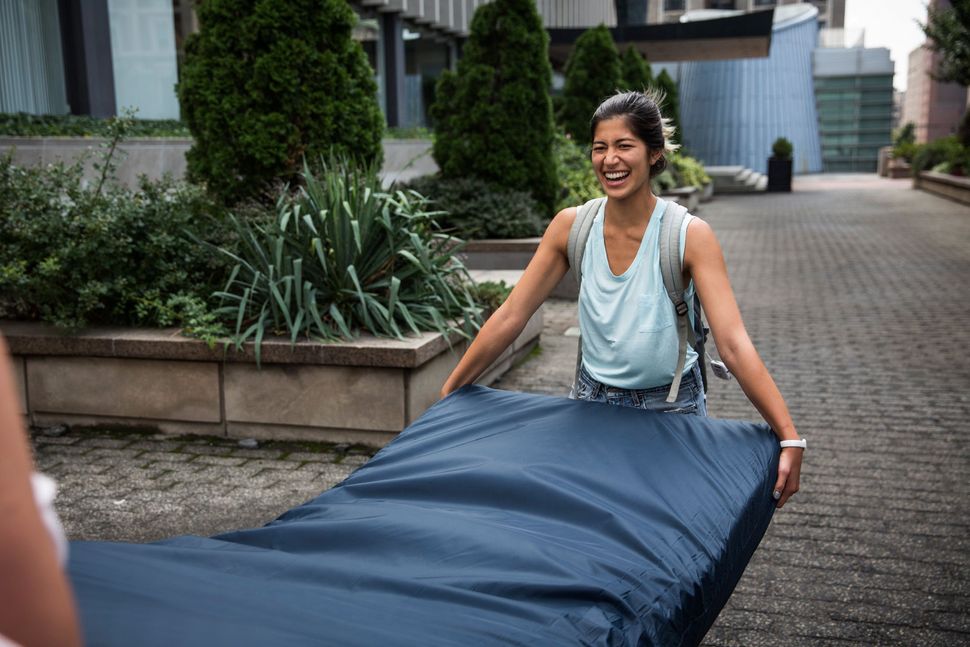 Columbia University graduate Emma Sulkowicz has a new art show, according to The Cut.

Sulkowicz made national headlines in 2014 when they decided to carry their dorm mattress everywhere they went on Columbia’s campus until their alleged rapist was expelled. The art major called it “Mattress Performance (Carry That Weight)” and it quickly became the most famous senior thesis in recent history.

The Cut describes the show, entitled “The Floating World”, as exploring “themes of trauma, healing, identity, and community, and features five floating silicone orbs, connected by ropes and filled with floating artifacts. Each orb is an homage to Sulkowicz’s relationship with a close friend or family member. The installation takes its name from the Japanese term Ukiyo, which describes the pleasure-seeking urban lifestyle of the Edo period in Japan.”

The exhibit will run until April 22.