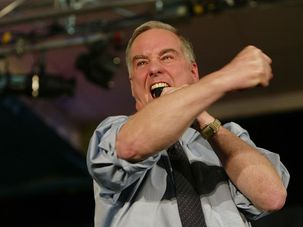 What began as harsh criticism of Israel’s government took a theological turn when he suggested that Jews are noble because of their suffering.

Every four years, Democrats go through a period of hand ringing. Will the Jewish vote turn out for Democrats – as usually is the case – or will that be the year that Republicans make inroads with the Jewish vote?